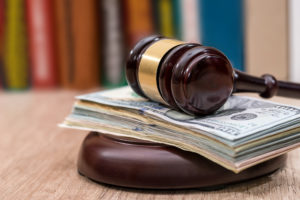 Hope you had a nice weekend.

MAE: We may finally be getting a rumble in court over a GP trying to walk away from an agreed deal because of the downturn.

Advent International and Forescout Technologies are set to go to trial in mid-July, writes Milana Vinn on PE Hub.

Forescout, a publicly traded cyber security company, filed a complaint against Advent in Delaware Chancery Court May 20. Forescout claimed Advent violated the terms of their deal agreement set in February after it refused to close its pending $1.9 billion transaction.

Chancery Court Vice Chancellor Sam Glasscock III agreed to fast-track the trial for the week of July 20. This is significant because several other large deals with GPs seeking to walk away never made it to trial, including Carlyle Group’s and GIC’s agreement to invest in American Express GBT in a $1.5 billion transaction.

In that deal, a Chancery Court judge declined to expedite the trial, essentially killing American Express’s attempts to force the GPs to honor the terms of the deal over a logistical issue.

Advent is arguing that Forescout experienced a disproportionate effect on its business compared to its direct peers, most of which reported strong financial performance. Forescout denies that it experienced any worse financial damage than its competitors.

Pref: JLL Partners is looking to raise capital through a preferred equity transaction to support portfolio companies in its seventh fund, sources told me. The deal would be one of the larger pref deals in the market and an example of one of the strategies GPs can use to get new capital to older investments, both to help bridge the downturn and find new opportunities in the lower-value environment.
JLL closed Fund VII on about $1 billion in 2016. The pool has just over $1 billion in remaining net asset value, and was generating a 1.36x total value to paid-in multiple as of April 30, according to performance information from New Jersey Division of Investment.

Check it out here on Buyouts.

Top Scoops
Home furnishing has gone through a shift in demand, from at-home office furniture to DIY projects to rugs and other accessories, which GPs are watching closely to find ways to invest, writes Karishma Vanjani on PE Hub.

Catalyst to more spending in the segment will be wear and tear on furniture and breakdown of essential appliances due to heavier use in the lockdown, according to Lee Helman, managing director at Financo.

As government closures ease, purchases that require at-home assembly will get fulfilled and possibly boost sales. “There will probably be some businesses which will see rapid growth due to pent-up demand,” said Enoch Minn, partner at the consultancy firm, Parthenon EY. “Investors will wait to see if that demand will be sustainable.” Read more here on PE Hub.

Read it here on Buyouts.

That’s it! Have a great day. Hit me up as always with tips n’ gossip, feedback or just to chat at cwitkowsky@buyoutsinsider.com, on Twitter or find me on LinkedIn.