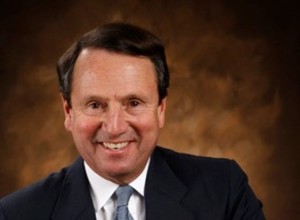 The year 2007 should in theory have been a great time for investors in distressed debt and turnaround situations to raise money. But those in the trenches say it was easy to get the timing wrong. Start investing too early, before the downturn bottomed out, and firms got stabbed by falling knives; start investing too late and firms saw troubled companies use the resurgent credit markets to delay the day of reckoning.

On its very first try with a fund devoted to distressed investing, Los Angeles-based Aurora Capital Group managed to navigate the 2007-2009 recession with an aptitude that put its fund in the top ranks of vintage 2007 funds based on internal rate of return. As of year-end its Aurora Resurgence Fund LP had generated a 2.1x investment multiple and 26.9 percent net IRR for backer California Public Employees’ Retirement System. That put it in the No. 3 spot among the 2007-vintage domestic buyout funds in the sister magazine Buyouts performance database that provided IRRs.

Gerald L. Parsky, a former assistant secretary of the Treasury for international affairs (1974-1977) who founded the firm in 1992, gives credit for the performance of the Resurgence Fund to the investment team, including Stephen Alarcon, Timothy J. Hart, Matt Homme, Ryan McCarthy, Joshua Phillips and Steve Smith. And he points out that the CalPERS return figures, while solid, don’t reflect how well the fund performed on a risk-adjusted basis in light of the team’s conservative strategy. Buyouts asked Parsky more about that strategy and other aspects of the fund:

What made 2007 such a tough vintage year for buyout firms?

Two factors, really. One had to do with the macroeconomic downturn that occurred in 2007 and 2008—the Great Recession. That was obviously much deeper than most people anticipated it would be, and it followed a period where there was a lot of excessive leverage being used to buy companies. The second factor had to do with how quickly money was put to work. If investors were not patient with respect to how they deployed capital in 2007 and 2008 then they had some troubled assets on their hands.

Your 2007 vintage fund, the $636 million Aurora Resurgence Fund LP, is one of the top performers in our database. Tell me about the strategy you employed.

Going into 2006 we saw all this leverage being put into companies at the same time we were anticipating that there would be a dislocation in the credit markets. It led to our establishing Aurora Resurgence Fund in the last quarter of 2007. The strategy was to target underperforming mid-market businesses in mature, durable industries where there was a clear turnaround possible. And similar to the approach we take in our core private equity business, we wanted to protect the downside for our investors. In all of our transactions we stress the acquisition of strong tangible assets. If we were going to acquire debt and equity securities for a discount, we wanted the level of the discount to depend on our conclusion that the assets held in the company could protect our capital on the downside. Beyond that we identified owners that had balance sheet problems that could be corrected, or discernible problems with operations that could be corrected, but that otherwise ran good businesses.

Why did the fund perform so well?

We tried to be very prudent in how we deployed capital. We did not buy an asset in 2007 and we only bought into one asset in 2008. Although we had the ability to buy some assets at a discount, we saw the recession hitting much stronger than others may have anticipated. Frankly there were a number of transactions done with debt in 2006 and 2007 where the covenants were pretty light in terms of the ability of companies to avoid breaching them. But after one or two years the covenants got tighter. We thought if we were patient several of these companies might breach those covenants. Some might go into bankruptcy. Both happened, and we were prepared to buy into the fulcrum securities as a way to gain control. In 2009 and 2010 we made some acquisitions that met our criteria, and we were able to turn around all of those businesses. We have an outstanding board who approved commitments of capital, including former Honeywell Chairman and CEO Lawrence A. Bossidy, former JPMorgan Chase Chairman and CEO William B. Harrison Jr. and two former GE executives, Dale F. Frey and John H. Myers. We also have relationships with numerous operating executives. Early in the fund’s life the board was very cautious, and it certainly worked out well.

How much money have you returned to your investors?

Altogether we got control of six companies. We took positions in two others at 50 cents on the dollar where we didn’t get control, but we were financed out at par. We’ve invested about $400 million from limited partners, and another $50 million through a bridge facility that’s been fully paid off. We’ve returned almost $300 million. I always look at the performance of funds on three metrics, multiple of invested capital, return of capital and IRR. On those three criteria as of Dec. 31 of last year, we were at a 1.9x multiple of capital, we had returned 70 percent of the capital called, and we had generated a gross IRR of 44 percent and a net IRR of 28 percent.

Tell me about the best-performing companies from the portfolio.

To date we’ve sold one company completely and one partially. Lexington Precision Corp. is a manufacturer of highly engineered rubber components for medical devices and the automotive aftermarket. We bought it out of bankruptcy in 2010, investing $60 million of equity. We bought into a position fully covered by the value of the assets. We inserted one of our executive partners, Terry Sutter, as CEO, and we were able in less than two years to realize 2.2 times our investment, or about a 55 percent IRR. We sold it at the end of the 2011. Beyond that, we just announced the sale of three out of four subsidiaries of New Star Metals, in which we invested $60 million in 2010. We generated an investment multiple of about 2.5x on the sale and a 50 percent IRR and we’re holding a premier asset (Miami Valley Steel Service) that we’re likely to sell in the next six to nine months. We retain ownership of four portfolio companies, the largest of which is Sirva Inc., the relocation and moving service company in which we’ve invested over $100 million. We started to buy debt in that company at a discount in 2008, and we made a series of additional purchases in 2009. After taking control of the company we took it in and out of bankruptcy and inserted an executive partner who had previously been a vice president at AlliedSignal, Wes W. Lucas. This year the plan is for the company to generate $75 million of EBITDA. Through dividend recaps we’ve returned about 95 percent of the capital we invested and still own over 50 percent of the company.

Edited for clarity. This column first appeared on the Web site of sister magazine Buyouts.