The deal could value the business at up to 500 million euros ($595 million) in what would be the Italian insurer’s biggest divestment in its latest reorganisation.

Generali, Europe’s third biggest insurer, wants to wrap up the auction by mid September finding a new owner for a business that provides anything from life to car insurance to a network of about 530,000 retail and corporate clients.

It is looking to sell the entire business to a single investor rather than breaking it up and carving out so-called “back books”, which consist of existing contracts with no access to new clients, the sources said.

The Italian firm said in November it wanted to raise at least 1 billion euros by leaving 13 to 15 countries.

Bermuda-based insurer Athene Holding is also vying for the unit, the sources said, adding that it might only be targeting the “back books”.

Allianz, Baloise and Cinven are instead looking to buy the business as a whole, they said.

The auction, which is being led by Deutsche Bank, was launched earlier this year as part of Generali’s efforts to cut costs in weaker markets and boost profit.

Bidders were asked to submit non-binding offers in July, the sources said, with one adding first round bids valued the business at less than 500 million euros.

Generali has been present in Belgium for over a century having started operations there in 1901.

Its Belgian unit has 6.3 billion euros of assets under management and reported a net profit of about 89 million euros in 2016, with total premium income rising 19.2 percent to 800 million euros.

Generali recently sold its Colombian business to Talanx Group and is working with BNP Paribas to find a new owner for its Dutch business.

It also planning to exit Portugal, the sources said, adding a process will kick off later this year.

Germany’s Allianz recently formed a joint venture and strategic partnership with British insurer LV= to form the third-largest property and casualty insurer in Britain. It also took control of Nigeria’s Ensure Insurance in a push for growth in Africa. 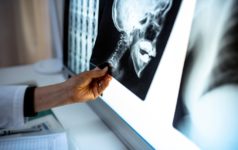 Hg’s investment in Intelerad brings valuation to over $650 mln 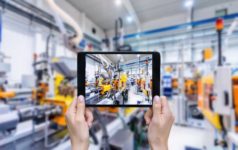 Hg’s investment in Intelerad brings valuation to over $650 mln

News and Analysis 7 hours ago