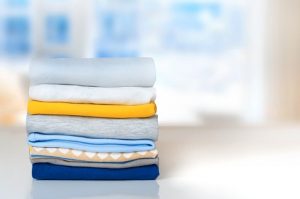 Formerly owned by Gap, Intermix contributed a little under $138 million in 2020 sales for the label, a Gap spokeswoman told CNBC recently.

“As there’s a return to normalcy folks are excited about dressing up,” said Keoni Schwartz, managing director at Altamont. “This was actually a big element in our thesis.”

Altamont began tracking the brand when Gap announced its plans to focus on core labels – Old Navy, Gap, Banana Republic and Athleta – and sell the others. The firm had serious discussions with Intermix late last year and signed a letter of intent a few months ago, Schwartz said.

Unlike other brands in Gap’s portfolio, the product design for Intermix could not be controlled since it relates to third-party products, the retail giant states in its 2019 annual report. Intermix sells designer footwear, women’s clothing, bags and accessories through its 31 US stores and e-commerce operations.

On the credit side, the financing arm of retail advisory firm Gordon Brothers provided a secured term loan to lifestyle brand Nicole Miller.

The rush to back apparel brands and retailers can be justified by the strong rebound experienced by stores.

Sales in department stores increased by 242 percent in April year-over-year, marking a big spike from the 12 percent YOY growth recorded in February, according to Facteus data. Family clothing store sales surpassed other consumer retail categories with 577 percent YOY growth in April, while men’s and women’s clothing store sales marked an 86 percent increase in the same period.

Altamont’s portfolio consists of three other apparel businesses – Fox, Brixton and Hybrid Apparel – all of which it has owned since 2014. “Our aim is to keep compounding value over time,” Schwartz said, speaking to the firm’s longer fund life. “Our first investment was made 10 years back and we still own it.”

The PE firm used capital from its $1 billion Fund III to back the company. With Intermix, the core strategy is organic growth and not add-ons, explained Schwartz.

“We will continue to add new brand partners for whom they could be a good distribution partner,” Schwartz said.

Moreover, there is a focus on elevating the e-commerce experience for customers by providing accurate recommendations to service them better. “Frankly, we have already spent time with the management team in talking through how to do that,” Schwartz said.

Founded in 1993, Intermix opened its first store in NYC and was acquired by Gap in 2012 for approximately $130 million in cash. The fashion brand shut two of its storefronts last year, according to Gap’s fourth-quarter earnings.

San-Francisco-based Gap engaged Bank of America as its financial advisor to sell the ancillary brands and sold children’s clothing brand Janie and Jack to Go Global Retail last month. Altamont did not hire a buyside advisor for the transaction.