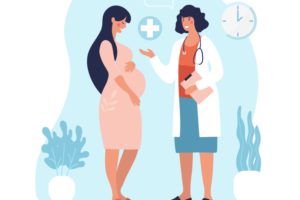 Toronto’s Altas Partners has partnered with Ares Management to fuel growth at Unified Women’s Healthcare, according to people with knowledge of the deal.

Altas, a long-life investor which picks only one or two companies for acquisition per year, will become the largest investor in the company, sources told PE Hub. Los Angeles-based Ares, whose original investment dates to January 2013, is set to remain a significant minority owner and plans to write a sizable new equity check, they said.

The pending transaction values Unified – one of the country’s largest providers of practice management services to OB/GYNs – between $1.5 billion and $1.6 billion, the people said. The sell-side marketed approximately $90 million in 2020 adjusted EBITDA for Unified.

The new capital injection concludes a process that got underway around the end of summer. Moelis and Barclays Capital were originally engaged several months ago as financial advisor, PE Hub wrote in March.

Mounting appetite in the sector can be attributed to several factors. Businesses the likes of Unified are viewed as a long-term play on both primary care and value-based care, or reimbursement based on quality versus the number of patient visits or procedures, sources told PE Hub.

Unlike a lot of specialties, investors are recognizing that women’s care lends itself well to value-based arrangements. For example, obstetrics is a very discrete episode of care, presenting an opportunity to share risk and savings with payers, sources said.

At the same time, many women – including a large portion of the Medicaid population – consider their OB as their primary care physician, so there offers a bigger play around referrals to other specialties, sources said. OBs have access to a lot of outstream spending – whether that’s in urology or cardiology – and thus payers view women’s care and the OB as a critical part of the network.

Notably, many value-based primary care startups such as Oak Street Health or One Medical have produced successful public debuts – contributing to a perception that a company like Unified could make a strong SPAC merger candidate, sources said. Adding to that, other alternate site healthcare providers like home health or physical therapy companies are trading at really attractive valuations.

Led by CEO Bob LaGalia, Unified is affiliated with more than 1,800 women’s healthcare providers across 12 states and the District of Columbia. The company cares for more than 2 million women annually, delivering 1 in every 40 births in the US.

As women’s healthcare remains a large and highly fragmented market where there are real benefits to scale, more private equity investment and consolidation is expected to follow.

Other notable players to keep tabs on include Axia Women’s Health, a portfolio company of Audax Private Equity.

Ares, Altas, Moelis and Barclays declined to comment. Company executives could not immediately be reached.