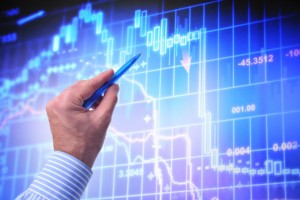 Credit investment and private equity firm Ares Management LP filed to go public on Monday in what would be the first initial public offering by a major alternative asset manager since Carlyle Group LP’s (CG.O) flotation two years ago.

While Ares is widely known for its high-profile leveraged buyouts, such as the $6 billion acquisition of luxury department store operator Neiman Marcus Inc, it is its credit investment businesses that have historically dominated its earnings and stand to gain from the rise of the shadow banking sector.

Ares said in a filing with the U.S. Securities and Exchange Commission it planned to list on the New York Stock Exchange. It proposed raising up to $100 million, though such amount is typically a placeholder that is revised closer to an IPO.

Shares of Ares’ publicly listed peers rallied in 2013 but have been relatively flat and some have even fallen since the start of the year, suggesting valuations for these firms may have reached a temporary peak after red-hot capital markets enabled them to post record profits.

In the filing, Ares disclosed that its economic net income, which takes into account the mark-to-market value of its investments, fell 18.5 percent to $329 million in 2013. Distributable earnings, which show cash generated to pay dividends, rose 1 percent to $306 million.

Ares said it planned to pay out 75 percent to 85 percent of its distributable earnings as dividends every quarter.

Creating a publicly traded stock will allow Ares to use it as currency to fund acquisitions as well as incentivize its staff. It will also enable its founders to gradually cash out on their stakes over time.

Ares said in the filing it would use IPO proceeds to pay down some of its debt and fund growth initiatives. More details will become available as its IPO filings get revised over time.

The Los Angeles-based firm has in the past snubbed an IPO in favor of a private placement. Last July, it sold a 6.25 percent equity stake in the firm to insurer Alleghany Corp for $250 million. The deal valued Ares’ equity at $4 billion.

It was the second major private placement that Ares had accepted. In 2007, Abu Dhabi Investment Authority acquired a 20 percent stake in Ares for $375 million, giving it a valuation of $1.9 billion at that time.

Ares’ existing shareholders received $347 million in dividends after taxes in 2003, up from $279.3 million in 2012, according to the IPO filing. They stand to receive an additional $150 million cash dividend prior to the IPO, the filing states.

Ares had $74 billion of assets under management as of the end of December, $55 billion of which were in private and public credit strategies. It runs Ares Capital Crop (ARCC.O), the largest among shadow banking vehicles involved in direct lending that are referred to as business development companies.

These vehicles have benefited from the gradual retrenchment of some banks from areas of finance that regulators now consider too risky for them.

Ares’ stronghold in direct lending and wider credit investments can be traced to the roots of its founders, Antony Ressler, John Kissick, Bennett Rosenthal, David Kaplan and Michael Arougheti. Ressler and Kissick worked as bond traders in the 1980s at Drexel Burnham Lambert, and in 1990 co-founded Apollo Global Management LLC (APO.N) alongside Leon Black, Marc Rowan and Joshua Harris.

At Apollo, Ressler and Kissick led the firm’s capital markets business and in 1997 spun it out into Ares, which became independent in 2002. Rosenthal joined Ares in 1998 from Merrill Lynch & Co’s global leveraged finance group while Kaplan joined in 2003 from investment firm Shelter Capital Partners LLC.

Ares’ private equity division had about $9.9 billion of assets as of the end of December, while its real estate arm had $8.7 billion.

Ressler will be chairman and chief executive officer of Ares as a public listed company. Ares said it expected that its senior partners will own about 70 percent of the firm after the IPO. It plans to list under the symbol ‘ARES’.

JPMorgan Chase & Co (JPM.N) and Bank of America Corp (BAC.N) are leading the syndicate of underwriters in the Ares IPO.