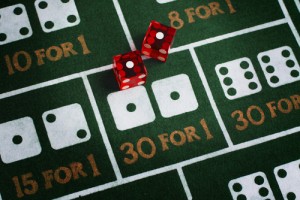 Plenty of hedge fund managers have dipped a toe into the venture business in recent years. A Boston-based investment group is taking things a big step further, though. Altimeter Capital – which has raised roughly $ $600 million since 2008 to take long and short positions in mostly public travel companies — is raising a $75 million venture fund, according to a new Form D filed with the SEC.

The filing lists only the name of the firm’s founder, Brad Gerstner, but Altimeter’s website shows that the firm also employs two VPs, a principal, an analyst, an associate and a CFO. Gerstner didn’t respond to a request for comment from peHUB.

The filing states that Altimeter doesn’t plan to use a broker and that the first sale has yet to occur.

If Altimeter Capital is trying to be all things to its institutional investors, it’s no surprise given Gerstner’s diverse background. Not only has he been running Altimeter in recent years, but in 2011 he also founded Room 77, a hotel meta-search site that has already raised roughly $43 million, much of it in a $30.3 million round that closed in January and that was led by Expedia.com.

Before launching Altimeter, Gerstner was a VP at the private investment fund PAR Capital Management and, before that, he was co-CEO of National Leisure Group. Gerstner started his post-collegiate career as an analyst at General Catalyst Partners.

The firm has also invested in some privately held companies, including Cambridge, Mass.-based marketing firm HubSpot, which raised a $35 million round last November. Altimeter, Cross Creek Capital, and a “large unnamed institutional investor” joined in the round, along with HubSpot’s previous investors, which include General Catalyst, Sequoia Capital, and Matrix Partners. (HubSpot has raised a total of $131 million over five rounds since launching in 2006.)

Last December, Altimeter also participated in the $10 million Series A round of Duetto Research, a San Francisco-based startup that focuses on providing big data technology to the travel and hospitality industry. Altimeter led the round with Battery Ventures, with the participation of previous investors Thayer Ventures, Trinity Ventures and Salesforce.com founder Marc Benioff.

Correction: Gerstner just let me know that Altimeter has “greater than $600 million under management in its core hedge fund,” not $310 million as originally reported. (I was relying on this SEC filing at the time.) He also asked that we mention that prior to founding Altimeter, he invested in “many other private companies, including Zillow, Farecast, and Hotel Tonight.”