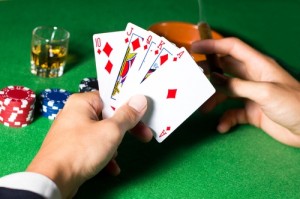 MONTREAL, July 30, 2014 /CNW/ – Amaya Gaming Group Inc. (“Amaya” or the “Corporation”) (TSX: AYA), an entertainment solutions provider for the regulated gaming industry, is pleased to announce that Amaya’s shareholders (“Shareholders”) today approved all resolutions considered at today’s annual and special meeting of Shareholders (the “Meeting”), as proposed in the Corporation’s Notice of 2014 Annual and Special Meeting of Shareholders and Management Information Circular.

Notably, Amaya’s Shareholders approved all resolutions related to aspects of the financing (the “Transaction Financing”) for the Corporation’s proposed acquisition of Oldford Group Limited, the parent company of Rational Group Ltd., which is the owner and operator of the PokerStars and Full Tilt brands (the “Proposed Transaction”).

“On behalf of the Board of Directors, I wish to extend my appreciation to Shareholders for their overwhelming support of the acquisition of Rational Group,” said Amaya’s Chairman and CEO David Baazov.

Resolutions approved by Shareholders present or represented by proxy at the Meeting were as follows:

All candidates proposed as directors were duly elected to the Board of Directors of the Corporation (the “Board”) by a majority of the votes cast by Shareholders present or represented by proxy at the Meeting as follows:

The resolutions were described in more detail in the Corporation’s Management Information Circular dated June 30, 2014, which is filed on SEDAR.

Amaya provides a full suite of gaming products and services including casino, poker, sportsbook, platform, lotteries and slot machines. Some of the world’s largest gaming operators and casinos are powered by Amaya’s online, mobile, and land-based products. Amaya is present in all major gaming markets in the world with offices in North America, Latin America and Europe. For more information please visit www.amayagaming.com.

ABOUT THE RATIONAL GROUP

The Rational Group operates gaming and related businesses and brands including PokerStars, Full Tilt Poker, the European Poker Tour, PokerStars Caribbean Adventure, Latin American Poker Tour and the Asia Pacific Poker Tour. These brands collectively form the largest poker business in the world, comprising online poker games and tournaments, live poker competitions and poker programming created for television and online audiences. In addition to operating two of the largest online poker sites where it has dealt more than 100 billion poker hands and held over 800 million online tournaments, the group is the largest producer of live poker events around the world.

Rational Group’s businesses are among the most respected in the industry for delivering high-quality player experiences, unrivalled customer service, and innovative software. The Group employs industry-leading practices in payment security, game integrity, and player fund protection, offering customer support in 29 languages. The Rational Group holds more online poker licenses than any other e-gaming company, and works closely with regulators around the world to help establish sensible global regulation.

This News Release for Amaya contains forward-looking statements about the proposed acquisition by Amaya of all of the equity securities of Oldford Group. Forward-looking statements are typically identified by words such as “expect”, “anticipate”, “believe”, “foresee”, “project”, “could”, “estimate”, “goal”, “intend”, “plan”, “seek”, “strive”, “will”, “may” and “should” and similar expressions. Forward-looking statements reflect current estimates, beliefs and assumptions, which are based on Amaya’s perception of historical trends, current conditions and expected future developments, as well as other factors management believes are appropriate in the circumstances. Amaya’s estimates, beliefs and assumptions are inherently subject to significant business, economic, competitive and other uncertainties and contingencies regarding future events and as such, are subject to change. Amaya can give no assurance that such estimates, beliefs and assumptions will prove to be correct. There can be no assurance that the proposed Transaction will occur. Readers are cautioned not to place undue reliance on these forward-looking statements, which reflect Amaya’s expectations only as of the date of this News Release. Amaya disclaims any obligation to update or revise any forward-looking statements, whether as a result of new information, future events or otherwise, except as required by law.