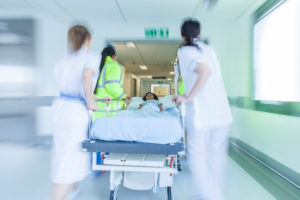 SpecialtyCare, the American Securities-backed provider of intraoperative neuromonitoring and other emergency-room services, is in the midst of a sales process, according to four sources.

The Nashville company generates about $55 million in EBITDA, two sources said. The target ought to fetch a multiple of roughly 10 times, one of the people estimated, suggesting a valuation in the ballpark of $550 million.

SpecialtyCare could be either a private equity or strategic play, the sources said, citing TeamHealth Holdings and Envision Healthcare as logical buyers on the strategic end. Both public companies have proven to be prolific acquirers of outsourced physician services, alongside competitor Mednax.

AmSurg and Envision united in 2016 in an all-stock merger-of-equals transaction to create a physician-services behemoth — Envision Healthcare — with an initial enterprise value of around $15 billion. The deal came after the former abandoned its efforts to purchase TeamHealth after hiking the cash component of its $7.8 billion offer.

SpecialtyCare, for its part, has grown partly through M&A.

The company most recently scooped up perfusion-services company Trident Health Resources for an undisclosed sum. The February add-on expanded its services to more than 120,000 annual open-heart and perfusion-related procedures for 850 surgeons at more than 350 hospitals, a news release said.

Other purchases include an October transaction for intraoperative-monitoring company Sentient; its April 2015 acquisition of intraoperative neuromonitoring company ProNerve; and its June 2011 deal for Advanced Perfusion Care, a provider of cardiovascular perfusion and autotransfusion services. Terms of the deals were not disclosed.

Recent deals in the arena include Housatonic Partners’ recap of Accurate Monitoring, a regional provider in New York and New Jersey that was advised by Capstone Partners on the deal.

A representative of American Securities declined to comment. A Barclays official didn’t immediately return a request for comment.