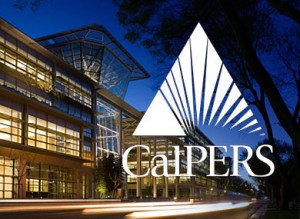 As CalPERS moves aggressively to overhaul its private equity program, it now has a full senior team in place to carry out the changes, according to Buyouts, peHUB’s sister magazine.

“We (now) have a good mix of skills and experience across our team leaders,” said Réal Désrochers, CalPERS’s top private equity official, through a spokesman. “I’m confident we are well positioned execute a focused and disciplined PE strategy.” CalPERS’s two other senior private equity portfolio managers are Sarah Corr and Christine Gogan.

By promoting Jacobsen, Désrochers finalized the group of deputies that he began assembling after he was chosen in May 2011 to lead the program, which currently has about $46 billion in committed capital.

Jacobsen is a CFA and Stanford graduate who earned an MBA at Harvard before working for more than a decade at such companies as UBS Investment Bank, fund-of-funds manager Capital Dynamics and Bain & Co., the consulting firm. He joined CalPERS in October 2010.

He will be busy. Under Désrochers, CalPERS has been moving decisively to accomplish a number of goals within its private equity program. Among them are: finding ways to take advantage of CalPERS’s giant size to get better terms and conditions; concentrating the portfolio by committing larger amounts to fewer firms; selling billions of dollars in unwanted private equity positions on the secondary market; and getting out of certain asset classes, like venture capital, almost completely.

Désrochers, himself, came to CalPERS less than a year and a half ago. He was brought in to run the program almost a year after his predecessor, Leon Shahinian, left in August 2010 in the wake of CalPERS’s pay-to-play scandal.

One remaining position now needs to be filled: Jacobsen’s prior job.