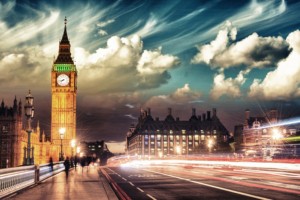 AnaCap Financial Partners is in the market raising its third flagship fund targeting €900 million ($1.2 billion) for financial services investments, according to a person with knowledge of the situation, as well as documents from New Jersey’s State Treasury’s Division of Investment.

New Jersey, an existing AnaCap limited partner, committed €125 million to the fund. The system owns a five percent stake in AnaCap, which entitles it to three percent of “excess” management fees in Funds II and III, and five percent of the carried interest in all future private equity funds, according to the New Jersey documents.
It’s not clear when Fund III launched. London-based AnaCap did not return a call for comment.

The firm raised €575 million for its second flagship vehicle in 2009, and €300 million for its debut fund in 2006. Fund I was generating a negative 2.70 percent net internal rate of return (IRR) and a 0.38x net distributions to paid-in capital (DPI), according to performance information as of June 30, 2013 from New Jersey. Fund II was producing a 10.90 percent net IRR and a 0.26x net DPI, the New Jersey information said.

Key investment professionals listed on the fund are co-managing partners Joe Giannamore and Peter Cartwright, along with partners Fabrizio Cesario and Chris Patrick.

AnaCap has made a name for itself targeting financial services investments in the UK. In 2012, The Blackstone Group set up a joint venture with AnaCap to seek private equity deals in Europe’s banking sector. At the time the venture was announced, the two firms planned to spend at least €300 million, according to a Reuters report.

Last year, the firm sold Cabot Credit Management – created through the merger of Apex Credit Management and Cabot Financial – to J.C. Flowers for a gross multiple of 2.4x and a 35 percent IRR, the documents said.