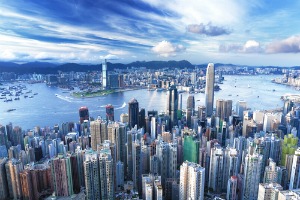 (Reuters) – Even as Facebook fever grips investors ahead of the social networking giant’s potential $100 billion-plus initial public offering, its breakneck growth in Asia may be slowing as it moves beyond desktop users to those who access the Internet largely or solely from a mobile phone.

In March, Facebook revised its own SEC filings to scale back its scope for further growth in India – its third-biggest user base and the largest population it currently has access to – China remains off-limits to Facebook. And independent data show that user numbers in Indonesia and the Philippines, its other largest Asia user bases, have actually fallen off slightly in the past three months.

“If you’ve been growing at such a huge amount it will definitely trail off,” said Ganesh Kumar Bangah, Kuala Lumpur-based CEO of online payment provider MOL Global. “You can’t expect it to keep growing.”

While there are concerns that Facebook has yet to prove a reliable revenue model for advertisers, the company says its strategy remains focused on adding users, particularly in regions such as Asia.
And in this it has largely been successful. Since its original filing in February, according to its own data, it has added 56 million users, with the largest growth in Asia. And with fewer Facebook users per capita than any other region except Africa, there looks to be plenty of room to add more.

Much of this growth has come from dislodging incumbent social networks, overtaking Google’s Orkut in its remaining strongholds of India and Brazil, and surpassing domestic stalwart Mixi in Japan and gaining on Cyworld in South Korea.

Some of these successes have come from deliberate strategies to win over mainly mobile user bases. In Japan, for example, the number of Facebook users has almost doubled in the past five months. Data from Nielsen Japan show that by the middle of last year Facebook overtook Mixi, which lost 2 million regular users over 2011.

But the battle was a hard one. Facebook opened its first engineering office outside Silicon Valley in Japan two years ago. It created a mobile site that worked well on Japanese phones and built bridges with local developers, said Serkan Toto, a Tokyo-based consultant on Japan’s mobile web and gaming industry.

But Facebook’s popularity in Japan was also driven by a surge in smartphone usage, which nearly tripled in less than a year, according to Google data. The tsunami and aftermath also pushed users to embrace social media to share news and photos. “All these technologies need a trigger,” said Napoleon Biggs, Asia head of digital for PR and marketing firm Fleishman-Hillard and founder of a social media community in Hong Kong.

Whether Facebook has room to grow further in Japan, however, is a matter for debate. “Mixi maxed out at 15 percent of Internet users, but in the U.S. Facebook has reached more than 60 percent,” said Toto, “so it depends which benchmark you take.” The likelihood, he said, is that while Mixi was largely limited to students and twentysomethings, Facebook will be able to appeal to older users. Others disagree: “There seems to be a limit of 20-30 million users in Japan,” said Tokyo-based blogger Akky Akimoto, “although the Internet population is over 80 million.”

Korea has followed a somewhat similar trajectory. While Koreans had long been used to social networks, Facebook took time to gain traction, and despite adding 2.5 million users in the past six months, still only accounts for less than 15 percent of the population.

Some of Korea’s growth is down to celebrities being persuaded to adopt the platform. In the past week, one of the most popular global sites on Facebook has been that of Kim Hyung Joong, a K-pop star who was one of the first celebrities to join, according to Tae Woo Kim, a software developer in Seoul.

Much of the growth was driven by the arrival of Apple’s iPhone in 2010, said Kim. “When they bought a smartphone, they didn’t know what to install, while Facebook was one of the options,” he said.

But Facebook’s chances of moving further depend on its ability to not just localize the interface but encourage local language applications. “A critical factor in Facebook’s success is going to be their ability to localize the service, not just simply translating everything into Korean but by satisfying local preferences for content,” said James Larson, a visiting professor at the Korea Advanced Institute of Science and Technology.

This is also true in India. Facebook has launched versions of its website in several local languages as well as mobile versions, demonstrating its seriousness of purpose. But just how many potential users are there out there among India’s 1.2 billion population?

In its original SEC filing, Facebook lumped India together with Brazil and Germany as countries where the service had penetrated only 20-30 percent of the Internet population. But when it revised its filing a few weeks later it had placed India alongside Britain and the United States with estimated penetration rates of 60 percent.

Part of this jump can be put down to growth: Facebook says the number of users who logged on at least once a month – what it calls monthly active users – more than doubled over the year to March, to 51 million. But by acknowledging it’s already reached the same level of penetration as its most mature markets it’s also recognizing that there is a limit on how many more users it can acquire in its biggest accessible market.

“There are significant limits to the number of users Facebook can get in India,” said Nikhil Pahwa, editor of MediaNama, a Delhi-based publication covering digital media.

Part of this is down to the obvious problems of access. India has been slow to deploy 3G networks. The result is that a lot of people are accessing Facebook on basic phones over slow networks. Dina Mehta, a researcher, recalled meeting a scrawny 13-year old in a Mumbai slum who was surfing Facebook on a dilapidated phone on a prepaid package that gave him three days Internet access for 14 rupees (25 cents).

But it also raises a bigger issue: With so many people accessing Facebook from a range of mobile devices over connections of varying quality, how does the company make the service compelling enough to keep them engaged?

“One of the very specific needs in India is how to replicate the rich interaction experience of the large screen,” said Rajesh Lalwani, Delhi-based CEO of Internet consulting firm Blogworks. “That’s going to be a very important question for Facebook to answer, particularly in India where the mobile population is large and usage is increasing faster than web usage.”

Indeed this is part of a bigger problem.

For Facebook to keep users interested, and to find ways to monetize its service in Asia, it needs to make the service sticky. Right now, it’s not: data from web analytics firm comScore lists Asians as spending the least amount of time on social networking sites in the world – around three hours in a month, against a global average of about twice that, and compared to Latin Americans, who spend up to 8 hours a month. Although Asia Pacific is home to the largest social networking population by visitors, the region accounted for just 16.5 percent of all social networking minutes, according to the report published in September.

This may not yet be a pressing issue in India where usage is rising. But elsewhere in Asia, where Facebook has been popular for several years, there are inklings of fatigue – particularly where mobile Internet connections are slow.

According to socialbakers.com, a website that compiles data on Facebook users, the number of registered users in Indonesia, the Philippines and Malaysia has fallen slightly in the past three months. Although the percentage fall is modest, the drop-off accounts for nearly 1.5 million users in Southeast Asia – this from a region considered to be Facebook’s major growth area.

Although such figures are unofficial, and by no means indicate that users are abandoning Facebook, they suggest the company cannot assume continued growth in the region. Indonesia now has more than 42 million users, which accounts for more than 17 percent of the population, but is more than the estimated number of Internet users in the country. The same is true of the Philippines.

“The importance of Asia to Facebook is huge; it has the largest population, but its actual financial importance is smaller,” said Thomas Crampton, Ogilvy & Mather Asia-Pacific Director for Social Media. “A U.S. user is almost 10 times more valuable.”

One reason ad revenue is low in Asia, said Fleishman-Hillard’s Biggs, is that it’s only recently that Facebook has put teams in place to sell ads directly. “That’s been a huge boost,” he said. Now, he said, the challenge is to educate ad buyers and for the Facebook team itself to stay on top of the changes that the company introduces to the ad formats available.

Still, the more mature Facebook markets of Southeast Asia have already started exploring ways to make the service more appealing and also to find ways of making money from it.

Mitch Padua of Smart Communications said the Philippine operator is currently exploring allowing its billing system to be used to buy Facebook credits that can then be used in games and other applications via the mobile phone. “They’ve figured out that operator billing is the only way to reach the end-user and where Facebook and telcos can share user revenue,” he said.

And in Malaysia, MOL has been a Facebook partner since 2010 developing the infrastructure for microtransactions, revolving around buying prepaid cards which can be converted to Facebook credits. And it’s this, MOL’s CEO Ganesh said, which represents the future for Facebook in Asia. He points to Facebook’s recent launch of its App Center where users can download and install apps within Facebook’s ecosystem.

“Online the money is not coming from ads but from apps,” he said. “If Facebook can channel the users to buy apps it could become a significant part of their revenue.”