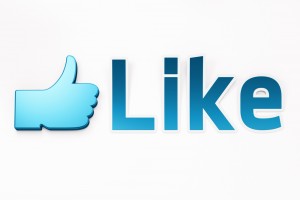 (Reuters) – Facebook Inc shares rose less than expected on their first day of trade on Friday and huge order volume caused technical problems that marred the coming out party of the No. 1 online social network.

Its shares were up 8 percent in early afternoon trading on the Nasdaq, after opening 11 percent higher and then rapidly heading south to touch their initial public offering price of $38. The gains were below market forecasts of as much as a 50 percent jump.

“We have got some unhappy guys out there,” said Wayne Kaufman, chief market strategist at John Thomas Financial, a retail broker on Wall Street. “They were hoping for Facebook to be considerably better. I bet there are a lot of disappointed people in the market.”

Facebook, which has about 900 million users globally, priced its IPO at the top end of its target range, becoming the first U.S. company to go public with a valuation greater than $100 billion. If a greenshoe option to underwriters is exercised, Facebook will raise as much as $18.4 billion by selling an 18 percent stake, the second-biggest IPO in U.S. history after the one by Visa Inc.

After a delay in the opening print that drove up anxiety levels among traders and onlookers outside the Nasdaq, the closely watched stock began trading at $42.05, rose to as high as $45 and then rapidly retreated. The Nasdaq exchange said it was investigating an issue with execution of trades.

Facebook’s IPO had been heavily oversubscribed, particularly by retail investors, despite concerns about slowing growth in the last quarter, whether the company can make money from mobile advertising, and the immense control Chief Executive Mark Zuckerberg has over on the company.

Others warned that the IPO price, equivalent to over 100 times historical earnings versus Apple Inc’s 14 times and Google Inc’s 19 times, makes Facebook a risky bet.

The 28-year-old billionaire founder, wearing his trademark black hoodie, hugged and high-fived Sandberg and other employees in celebration after he pressed the remote button.

The area outside Facebook’s offices was packed with throngs of photographers, more than a dozen television trucks, and a TV news helicopter hovering overhead as the excitement reached fever pitch.

The fizzling of Facebook’s early gains put pressure on other social media stocks. Zynga, which depends on Facebook for much of its revenue, dived 13 percent before it was halted. LinkedIn Corp was off 3 percent at midday.

“When you see what’s happening with other social media stocks today, which are significantly down, as well as looking at Facebook trading flat, we think it has traded obviously at the high end,” said Destination Wealth Management CEO Michael Yoshikami.

“It’s a rich valuation, particularly given the advertising pressure they’re under now. Advertising revenue has grown significantly slower over the past few years, and that’s punctuated by GM’s decision to stop advertising on Facebook.”

“We’re not buyers at $38, particularly considering that most of their business is in mobile and they haven’t figured out how to make money yet.”