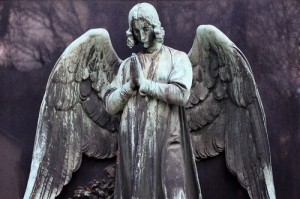 Not everyone is pleased by securities regulators’ approval last week of a rule change that will allow private companies and investment firms in fundraising mode to advertise and speak publicly about their plans.

The Angel Capital Association (ACA) warns that the new rules will eliminate the ability of angels to self-certify their status as accredited investors. As a result, the group says, many angels will likely refuse to participate in startup funding deals.

In a statement published Tuesday, ACA Executive Director Marianne Hudson contends that “with thousands fewer angels participating in this market, startups will have far less access to capital.” While the intent of the JOBS Act may have been to spur startup funding through lifting of the longstanding ban on so-called general solicitations by private companies, she says, the rules as drafted could have the opposite effect.

The ACA’s complaint with the new rules stems from the manner in which the SEC requires private companies to verify that they are selling shares only to accredited investors.  (An accredited investor is currently defined as an individual with annual income exceeding $200,000 and/or net worth greater than $1 million excluding the value of a primary residence, and for a married couple, the income test increases to $350,000. However, under Dodd-Frank legislation, this definition will be revisited in the coming year, and could be raised.)

Under the new rules, companies and firms may advertise or talk about their fundraising plans with anyone, but they still can only sell shares to accredited investors. So, in order to accept money, a private company or firm must take “reasonable steps to verify” that all investors are accredited.

A big issue, according to Hudson, is that angel groups have a long history of self-certifying their status as accredited investors. She says angel investors with whom she has spoken do not want to provide personal financial information to an issuer who is asking them for investment.