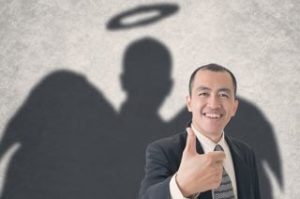 The sale of Trustwave Holdings is expected to be a boon for some investors, including angel investor Richard Kiphart and FTV Capital, sources said.

Singapore Telecommunications Ltd. (Singtel) has announced it will buy 98 percent of Trustwave in a deal valued at $810 million. Robert McCullen, Trustwave’s chairman, CEO and president, will hold onto the other 2 percent, a statement said. The deal is expected to be completed in three to six months, Singtel said.

Chicago-based Trustwave is an information security firm that employs 1,200 people. It filed to go public in 2011, but it pulled the offering last year citing market conditions. For 2010, the company reported $116 million in adjusted revenue and $11.2 million in losses. Trustwave produced $216 million revenue last year, Reuters reported.

As of July 2011, FTV Capital owned 15 percent of Trustwave and Kiphart owned 7.9 percent of the company, according to SEC filings. (More recent information was unavailable.) Based on those percentages, FTV will get about $121 million of the proceeds from the sale to Singtel, while Kiphart will get about $64 million.

Kiphart is expected to do particularly well on the deal, but he declined to comment. He is a William Blair & Co partner, co-founder and chairman of venture firm KGC Capital, and well-known angel investor in Chicago.

Kiphart invested in Trustwave indirectly about 16 years ago. He used his own money to make a seed investment in Ambiron, a data security firm founded by McMullen that merged with Trustwave in 2005, a source said. McMullen ended up as CEO of the combined company.

It’s unclear how much Kiphart invested, but he is expected to make more than 10x his money, the source said.

The return for FTV Capital, a noted investor in financial services and financial technology, is more mixed. Trustwave is a combination of several companies. In addition to its merger with Ambiron in 2005, Trustwave bought Mirage Networks in 2009 and three other companies in 2010: BitArmor Systems, Intellitactics and Breach Security. Trustwave also acquired Application Security and Secure Connect in 2013 and Cenzic last year.

FTV invested about $40 million in Trustwave over nearly 11 years, a second source said. The first deal occurred in May 2004 when the firm, which was still known as FTVentures, provided $10 million to Trustwave. The Trustwave investment came from FTV’s second fund, Financial Technology Ventures II LP, which reportedly raised $423 million in 2001. Performance data for fund II was not available.

In 2011, FTV provided another $5 million in secondary notes from its second fund, the second source said. FTV used its third pool to invest $25 million from 2011 to 2012, the source said. Fund III collected $512 million in 2008. The third pool is generating a 16.16 percent average IRR and a 1.87x average multiple, according to alternative asset data provider Bison.