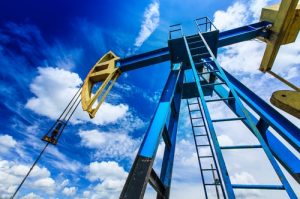 (Reuters) – U.S. oil and gas company Apache Corp said it would exit its exploration and production business in Australia by selling its unit in the country to a consortium of private equity funds for US$2.1 billion in cash.

The sale of Apache Energy Ltd to a consortium of funds managed by Macquarie Capital Group Ltd and Brookfield Asset Management Inc has an effective date of Oct. 1, 2014, Apache said.

Apache, one of the top U.S. shale oil producers, had said it was exploring a sale of its offshore oil assets in Australia to focus more on domestic shale drilling as well its operations in Egypt and the United Kingdom’s North Sea.

“Following the sale of our Australian assets, about 70 percent of Apache’s production will come from North America onshore,” Chief Executive John Christmann said on Wednesday.

The Australian unit, Apache Energy, averaged production of about 49,000 barrels oil equivalent per day (boepd) in March. That compares with Apache’s total output of 673,000 boepd in the fourth quarter ended Dec. 31.

A slump in oil prices has spurred activity among private equity investors who are hoping to scoop up attractive assets on the cheap.

Buyout groups poured US$31 billion into the oil and gas sector in 2014, clearly outstripping the US$8 billion in investments that sponsors have invested in the sector over the five prior years, according to Thomson Reuters data.

Apache said the sale of its Australian assets is expected to close in mid-2015, but it will have some presence in the country through its 49 percent ownership interest in fertilizer producer Yara Pilbara Holdings Pty Ltd.

Houston-based Apache in December sold its stake in two liquefied natural gas projects, Wheatstone LNG in Australia and Kitimat LNG in Canada, to Australia’s Woodside Petroleum Ltd for US$2.75 billion.

Apache in February cut its 2015 capital expenditures by 60 percent and slashed its drilling fleet by 70 percent, mirroring steps taken by several oil and gas companies due to a decline in global crude prices.

Apache’s shares have risen about 4 percent this year through its close of US$65.25 on Wednesday on the New York Stock Exchange.

(Reporting by Sneha Banerjee and Narottam Medhora in Bengaluru; Editing by Savio D’Souza)