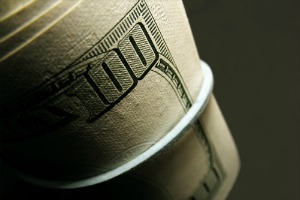 (Reuters) – Apax Partners LLP has told its private equity investors it will stop fundraising for its latest buyout fund in March and may not reach its initial 9 billion euro ($11.9 billion) fundraising target, a person familiar with the matter said on Thursday.

The London-based private equity firm has been trying to address investors concerns over fund performance as well as staff turnover, after Reuters reported in June that more than half of its senior dealmakers left over the last five years.

Just nine months ago, the firm had told its investors its latest fund, Apax VIII, had raised 4.3 billion euros in the largest first fundraising close — the formal commitment of investors — of any fund since the 2008 financial crisis.

Apax then told its investors to expect another fundraising close sometime between October and November, another source familiar with the matter said. By then investors started to scrutinize the firm more closely, including the departure of the co-head of its healthcare team in September.

The firm’s previous buyout fund, the 11.2 billion euro Apax Europe VII launched in 2007, was marked at just 1.1 times its investment cost and yielded a 3.28 percent net internal rate of return as of June 30, 2012, according to data on the website of the Washington State Investment Board, an Apax investor.

To be sure, fundraising within the wider private equity industry remains challenging as investors become more selective and cherry pick among fund managers. KKR & Co LP and Providence Equity Partners Inc are among the firms that have taken longer than expected to complete fundraising.

But some of Apax’s European peers with a global focus have done well of late. Advent International Corp amassed 8.5 billion euros in November, exceeding its 7 billion euro target.

CVC Capital Partners Ltd is targeting to raise about 10 billion euros for deals at the beginning of next year, people familiar with the situation have previously said, while Permira Advisers LP is trying to raise a 6.5 billion euro fund.

Apollo Global Management LLC said last month it was beginning fundraising for its next large buyout fund with a target of $12 billion, less than its previous private equity fund yet still one of the largest buyout funds in the market.

Apax is set to suffer a high-profile defeat when it hands over British medical courier Marken to lenders this week, losing 600 million pounds ($976 million) of the investment it made in the company three years ago, people close to the process told Reuters on Tuesday.

The Financial Times first reported on the status of Apax’s fundraising.

(By Sinead Cruise and Greg Roumeliotis)