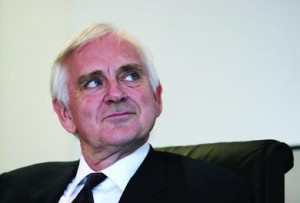 The management team of the Staffordshire-headquartered business, led by executive chairman Charles Walsh and Mike Gordon, will remain the majority shareholder. Walsh founded Healthcare at Home in 1992 with the aim of delivering more medical treatments in the home. Apax got involved three years later and invested just £800,000 at the time, and has invested a further £500,000 since. It put the company up for sale in the summer of 2006 following a refinancing.

Adrian Beecroft, senior managing partner of Apax Partners, commented: “When Apax first invested in Healthcare at Home twelve years ago the Company had four employees. Today it has over 600, and provides a service of enormous value to its users. This is a prime example of private equity taking a long-term approach, helping a talented management team to create hundreds of jobs, and providing a terrific return for the pensioners whose money it invests.”

Following the acquisition of his company by Hutton Collins, Walsh said: “Our aim is to shape the future of healthcare. Healthcare at Home has achieved a lot in a short time. With our new partners, Hutton Collins, we can go on to build a truly great British company.”

Reports suggested that the company attracted interest from United Drugs, Alliance Boots, Celesio and Assura. Hutton Collins’ victory was welcomed by the firm’s founder, Graham Collins: “Healthcare at Home has a clear vision to improve the quality of life for thousands of patients across the UK and Hutton Collins looks forward to supporting the Company through its next stage of growth.”

The deal is Hutton Collins’ third investment of the year after buying a minority stake in Lloyd’s insurance broker Windsor, and backing the MBO of Everis Spain, an IT consultancy, from Apax Partners.