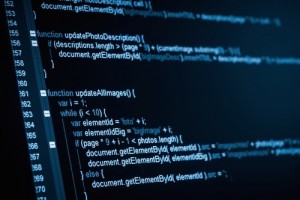 Apax Partners may have failed to sell Epicor Software Corp last year but the private equity firm is getting more than its money back.

Austin-based Epicor is in the market with a $1.4 billion covenant-lite term loan that is part of a $1.5 billion dividend recap credit, Thomson Reuters Loan Pricing Corp said. Proceeds will be used to refinance and recap Epicor’s existing debt as well as pay a distribution to company shareholders, which is led by Apax.

Standard & Poor’s said the dividend to Epicor shareholders is $300 million. That’s on top of a $380 million distribution Epicor made to Apax in June 2013, S&P said.

Apax has received about $680 million from the dividends, which is more than it invested. Epicor, this month, also said it had spun off its Retail Solutions business into a separate, privately held company backed by Apax.

UPDATE: Apax is also getting a third dividend but this time its from Epicor RSG US, Inc., the business unit that is being spun off from Epicor Software, Moody’s said in a May 27 note.

Epicor RSG US is in the market with a loan that it will use to capitalize the new business entity as well as fund a distribution to shareholders, Moody’s said. It’s unclear how big the loan is. RSG, which provides retail planning and point of sale software to mid-market retailers, produced roughly $139 million in revenue as of March 31, Moody’s said. The company is expected to be spun off from Epicor in June, the ratings agency said.

Epicor provides enterprise application software for mid-sized companies. Apax acquired the company in 2011 and merged it with Activant. The deals were valued at roughly $2 billion. Apax invested $647 million equity into the transactions, an SEC filing said. Apax owns 100 percent of the company, regulatory filings indicate.

Last year, Apax put Epicor on the block. The auction drew bidders such as CVC Capital Partners but the price wasn’t enough to spur Apax to sell, the Wall Street Journal reported. Some of the bids were around $3 billion, the WSJ said.

The investment in Epicor comes from two Apax funds: Apax Europe VI, which raised 4.3 billion Euros in 2005 and Apax Europe VII which collected 11.2 billion Euros in 2007. Fund VI is generating an IRR since inception of 12.66 percent as of Sept. 30, while the seventh pool is producing a 5.73 percent IRR since inception, according to performance data from the California State Teachers’ Retirement System.

Epicor’s newest dividend and spinoff spurred Moody’s Investors Service to cut the company’s family rating to B3 from B2. B2 is more speculative than B1, while B3 is the most speculative, Moody’s said.

Epicor’s pro forma leverage is at 7.5x as of March 31, Moody’s said. Epicor’s “high leverage level leaves the company with little flexibility in the event of an economic downturn or unforeseen deterioration of competitive positioning,” Moody’s said in a May 18 note.