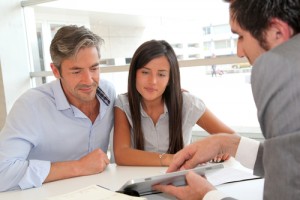 Timing the fickle IPO window, dealing with high expectations for quarterly earnings, and contending with sagging stock prices—such are the indignities faced by buyout shops wishing to reach retail investors through public offerings.

Now some mega-firms have charted a new course to the retail market. So-called nontraded business development companies (BDCs) can raise money from retail investors without giving up many of the advantages and trappings of private limited partnerships. Continuous fundraising? Check. Lengthy lock-ups of capital? Check. Two-and-twenty fee structure? Check.

Buyout shops that play advisory roles on these funds, often earmarked for investments in the debt of mid-market U.S. companies, include Apollo Global Management. Subsidiary Apollo Investment Management LP is sub-adviser to CĪON Investment Corp., which recently filed to raise up to $1 billion at an initial offering price of $10 per share.

The GSO Capital Partners credit business of The Blackstone Group is sub-adviser to FS Investment Corp., which recently wrapped up fundraising at $2.5 billion. And Kohlberg Kravis Roberts & Co. unit KKR Asset Management LLC is a sub-adviser to Corporate Capital Trust Inc., which had raised some $150 million as of earlier this year toward a target of about $1.6 billion. Don’t be surprised to see more mega-firms roll them out in coming months. (I was unable to reach executives at Apollo, Blackstone Group or KKR for comment.)

Franklin Square Capital Partners, a developer of alternative investment products based in Philadelphia, really got the ball rolling with the launch of FS Investment Corp. in early 2009. Along with the completion of that pool in May, the firm has launched a successor fund seeking up to $2 billion, as well as an energy and power fund seeking up to $1.5 billion, of which about $198 million had been raised as of early May. GSO/Blackstone is the sub-adviser on both of those funds as well.

“The fact that they were successful has made a lot more people interested in it,” said Cynthia Krus, a partner at Sutherland Asbill & Brennan LLP, a law firm that has done much of the early legal work on nontraded BDCs.

All told, more than a dozen nontraded BDCs have registered with the Securities and Exchange Commission over the last five years, according to Krus. Those identified as being aimed at retail investors and advised by buyout shops have raised or are seeking an estimated $8.6 billion.

Investment strategies for nontraded BDCs run the gamut, from buying senior debt, second-lien debt and mezzanine debt on both the primary and secondary markets, to investing in the shares of venture-backed companies before they go public. Nontraded BDCs are allowed to deploy leverage of up to 50 percent of the value of assets—a limit imposed by the Investment Company Act of 1940, under which BDCs are regulated.

Unlike traded BDCs, the nontraded variety often doesn’t get raised all at once in a single public offering. Continuous fundraises are common, and the SEC may allow a few years to wrap things up. Nontraded BDCs can start investing shortly after holding an initial close.

To be eligible investors must meet state suitability requirements. The default requirements, established by the North American Securities Administrators Association, is for investors to have at least $70,000 in gross income and $70,000 net worth or $250,000 net worth, according to Sutherland Asbill & Brennan. Michael Forman, CEO of Franklin Square Capital Partners, said that such investors, which he calls the “mass affluent,” collectively control some $2 trillion of assets.

How to reach the mass affluent effectively is a problem that has largely been solved. Franklin Square Capital Partners and other purveyors of nontraded BDCs can take advantage of a distribution network established earlier to sell nontraded real estate investment trusts (REITs). Forman estimates that by the mid-2000s, some $10 to $15 billion per year was flowing into nontraded REIT coffers.

The nontraded BDCs affiliated with buyout shops generally have a dealer manager that is responsible for marketing the offering, and building out a sales channel. An affiliate of Franklin Square Capital Partners plays that role for FS Investment Corporation. Dealer managers typically receive a 3 percent fee for their marketing services, paid by investors.

The dealer manager then may recruit individual financial advisers, working under the umbrella of independent broker-dealer firms, to sell the shares to retail clients. The financial advisers typically receive a 7 percent sales commission, also paid by investors. Some of the country’s largest independent broker-dealers capable of selling a product like this include Ameriprise Financial, Commonwealth Financial Network, Lincoln Financial Group, and LPL Financial, according to Franklin Square’s Forman.

An adviser, often with the help of a buyout firm as sub-adviser with which it splits fee income, actually makes the investment decisions and manages the assets. Advisers typically charge an annual management fee on average gross assets in the 2 percent range and take 20 percent of the net investment income after clearing a hurdle, along with 20 percent of net realized capital gains.

Although they are not listed on a public exchange to start, many nontraded BDCs do promise some sort of liquidity event, such as an IPO or a sale of assets, after a set period of time—typically five to seven years, according to Krus of Sutherland Asbill & Brennan LLP.

For retail investors, nontraded BDCs are a way to access classes of investments and investment managers that to date have been more the province of institutional investors. It is a way to generate relatively high yields through the regular payout of dividends without having to worry about the ups and downs of publicly listed shares.

This column first appeared on the Web site of Buyouts Magazine, where subscribers can get a detailed table listing nontraded BDCs.