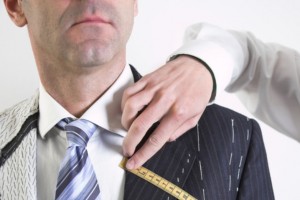 As the universe of private equity limited partners expands to include massive pools of capital like sovereign wealth funds, firms are working to find ways of satisfying growing appetite for specially tailored accounts that meet specific investment needs.

Apollo Global Management reported this week that its separate accounts business has grown to $15 billion and has potential for more expansion as potential new investors express interest, and existing investors re-up as performance expectations are met.

Separately managed accounts “continue to be an area of growth for us,” said Josh Harris, Apollo co-founder, on the firm’s second quarter earnings call this week.

Apollo closed a $750 million mandate earlier this year with the Alaska Permanent Fund that will focus on private credit through funds and direct investments, according to a statement from the institution. Leon Black, Apollo’s chief executive officer, said during the first quarter earnings call earlier this year the firm expected to close two strategic mandates—$500 million from a large state pension fund and $400 million from a sovereign wealth fund.

“We have a deep understanding of the challenges in our LP space in trying to meet target return thresholds typically in the 7 percent to 8 percent range for pension funds, and we have built our business in part to provide customized portfolio solutions for them,” Black said, according to the first quarter earnings call transcript.

On this week’s call, Black said Apollo has created a “Chinese menu” of products LPs can choose from based on their needs. This includes products beyond just separate accounts.

Some LPs give the firm “carte blanche, and say, ‘give us where you think you’ll be able to find the best opportunities to do better than 13 percent, you choose,’” Black said. “Others have said, we just want to be in European credit.”

Other big, publicly traded firms are meeting LP appetites for tailored services as well. The Carlyle Group raised a bigger portion of its capital in the second quarter from sovereign wealth funds and high net worth individuals than from conventional public pensions, David Rubenstein, the firm’s co-CEO, said during that firm’s second quarter earnings call.

These investors, especially sovereign funds cutting huge checks, expect certain trade-offs out of their partnerships, such as lower fees or customized funds. “Everyone is looking for something everyone else doesn’t have, something unusual,” Rubenstein said.

The Blackstone Group has come up with an innovative way to deliver tailored services to LPs. The firm formed its Tactical Opportunities business in 2012 that is a collection of both large single-LP mandates and a commingled fund of smaller separate accounts with investors.

The firm closed its first Tactical Opportunities fund on $5.6 billion in March, and has already brought its “second generation” TacOpps fund to market. It is not clear what size the second fund is targeting.

Separate accounts aren’t limited to the big players. Big U.S. pensions have formed custom accounts that target certain strategies and some that come with options for direct and secondaries investments. The Teachers’ Retirement System of Louisiana formed a $50 million separate account with Hamilton Lane for venture capital investments last year.

Pantheon announced a separate account in January with Bayerische Versorgungskammer, Germany’s largest pension group, that will target buyout, growth equity and venture capital funds in North American, Europe and Australia, as well as markets in Latin America, Asia and Africa. The account also will target secondary and co-investment opportunities.