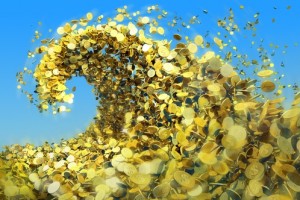 What’s the most surprising thing this Monday afternoon? The Yankee’s come-from-behind win this weekend against Red Sox? That Tony James is a democrat?

Nope. In my opinion, it’s this: Apollo Global Management is planning for its next global buyout fund, LP and banking sources say. That’s right. Apollo is expected to market sometime in the near future for its latest mega fund, persons say. Sources declined to specify a target for the PE firm.

This shouldn’t be so surprising, except that Apollo closed its last big buyout fund in late 2008. That pool, Apollo Investment Fund VII LP, raised $14.7 billion.

This means that the New York buyout shop has had two full years to do deals. Apollo, at of the end of March, had invested 60% of fund VII, one LP says. However, a review of Apollo’s fourth quarter earnings reveals that fund VII is about 72% invested as of Dec. 31. “With what Apollo is reserving and what they’ve invested to date, they’ll be ready to go pretty soon,” the source says.

PE firms usually begin marketing once funds are about 70% invested. One source says Apollo is looking to go out next year but the fundraising could come sooner. It’s also not clear how much Apollo will be looking to collect. “I would be surprised if they’re not trying to raise at least [$15 billion] again,” the LP says.

Apollo has the flexibility to go between buyouts and distressed investing. With fund VII, the PE firm focused on distressed transactions that have done well, the source says.

The quick time to fundraisings isn’t new for the New York buyout shop. Apollo closed fund VII in 2008. Before that, Apollo collected $12 billion for fund VI in 2006. (Fund VI, curiously, has a net IRR of 4.3%, CalPERS data says.)

Apollo won’t be the only mega shop out fundraising. Bain is considering raising $6 billion to $8 billion for a new global buyout fund but it’s unclear when they will be out marketing. Carlyle is also out marketing for its latest global buyout fund. KKR is also out fundraising, and Providence Equity Partners is still working to complete another fund.