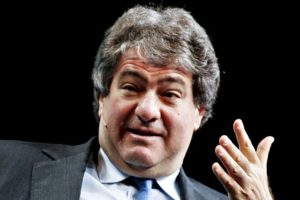 Apollo Global Management said it drew in $3.3 billion of fresh capital in the third quarter, led by a $1.3 billion first close for its second natural resources fund, topping its fund-raising activity in the year-ago quarter.

In the third quarter of last year, Apollo secured $2.4 billion in commitments, including $2 billion for Credit Opportunities Fund III, which reached a $3.4 billion hard cap.

Apollo said it also secured $540 million in commitments from two large non-U.S. pension funds for two new credit mandates. It did not disclose the names of the pension funds.

The commitments mirrored the firm’s previously disclosed $500 million commitment from its strategic relationship with Texas Retirement System toward a $1 billion credit mandate.

Elsewhere, the firm is seeing interest from investors in MidCap Financial, its middle market lending unit, Harris said. Apollo sees an opportunity to grow MidCap as banks pull back from senior secured lending.

Apollo also continues to see net inflows into its  open-ended strategies, including its credit hedge fund and total return fund.

Over in real estate, Apollo Commercial Real Estate Finance Inc raised $350 million in a private stock transaction with a sovereign wealth fund during the quarter.

The firm said it is scaling up its three retail-oriented subadvisory mandates for Oppenheimer & Co, Waddell & Reed and K2. Apollo’s credit funds are subadvising on approximately $100 million for those mutual funds, with the opportunity to subadvise on additional assets as the funds grow, the firm said.

Apollo deployed $1.4 billion in private equity in the quarter, including simultaneous acquisitions of alarm services companies Protection 1 and ASG.

Apollo said its economic net income rose to $104 million, or 26 cents a share, up from $32 million, or 8 cents a share, in the year-ago quarter. Much of the increase came from an accounting adjustment of Apollo’s valuation of its Athena unit.

Apollo booked a 3.7 percent depreciation of its private equity funds during the quarter, due to a drop in its public portfolio. Since the end of the quarter equity markets have rallied.