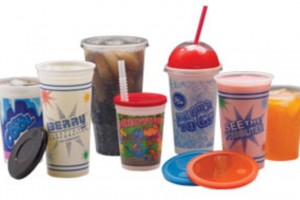 Apollo Global Management has waited a long time to cash out of Berry Plastics, but the global buyout fund appears to have nearly quadrupled its investment in the company.

Apollo has sold Berry Plastics stock three times since the maker of plastic packaging products launched its IPO in October 2012. The most recent transaction was announced last week with Apollo’s plan to offload 9 million shares. The buyout shop stands to gain roughly $209.8 million from the sale.

In all, Apollo looks to have received nearly $800 million in secondary sales since Berry went public more than a year ago. Including paper gains, the PE firm appears to have made about 4x its money, according to peHUB calculations. Apollo still owns a sizable holding in Berry of 21 percent.

The buyout shop founded by Leon Black acquired Berry Plastics, along with Graham Partners, in 2006 in a deal valued at $2.25 billion. Apollo, Graham and company management invested approximately $483.5 million equity in the deal, according to SEC filings from that time. Apollo owned 72.1 percent of Berry, while Graham had 10.1 percent.

With 72.1 percent, Apollo appears to have invested $348.6 million in Berry, while Graham put in $48.35 million. Apollo’s investment came from its sixth fund which collected $10.1 billion in 2006. (Note: Apollo just closed its eighth pool which came in at $17.5 billion in commitments.) Fund VI is generating an 8.7 percent net IRR and 1.5x multiple as of June 30, according to CalPERS data.

Berry Plastics went public in October 2012, selling 29.4 million shares at $16 each. Apollo owned 66.9 million shares, or 59.4 percent, of Berry after the offering. Graham Partners had 5.4 percent or 6.1 million shares. Apollo does not appear to have sold shares in the Berry IPO. Apollo likely opted for a Berry Plastics IPO because the company was so big the number of buyers would be limited, banking sources told peHUB at the time. Evansville, Ind.-based Berry Plastics, which makes plastic products like lids and drinking cups, has a $2.8 billion market cap.

Apollo’s current sale of 9 million Berry shares will reduce its stake in the company to about 24.7 million shares, or 21.2 percent, from 33.7 million or 28.9 percent. At $23.32 a share, Berry’s last reported sale price before the offering was announced, Apollo stands to gain $209.8 million. Graham is not selling shares.

Another secondary came in July. Berry shareholders sold 15 million at $21.63 a share, SEC filings indicate. Apollo offered 13.7 million shares and appeared to have received $296.3 million. The deal reduced the PE firm’s holding to 35.8 million or 31 percent, from 43 percent or 49.5 million. Graham, meanwhile, sold about 1.3 million, cutting its stake to 2.8 percent. Graham looks to have gained about $28 million.

The first stock sale occurred in April 2013. Berry shareholders divested 16.5 million shares at $17 each. Most of the shares came from Apollo, which owned 59.2 percent or 66.9 million. Apollo sold 15.11 million and appears to have received $256.87 million. The sale reduced Apollo’s stake to 45.8 percent or 51.8 million shares. Graham offered roughly 1.4 million shares and stood to gain $2.38 million.

In 2007, Berry also paid out a dividend of $14 a share to vested stock holders in 2007. Another $35 a share was paid to nonvested option holders on the second anniversary of the dividend date, SEC filings said. It’s unclear how much of the dividend went to Apollo or Graham.