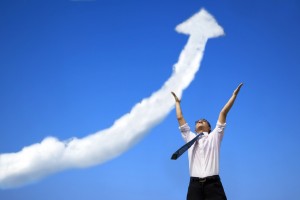 A stock market rally and record-low interest rates in the debt markets have allowed private equity companies such as Apollo to lucratively unload investments and have buoyed the value of assets they still hold.

Economic net income (ENI) after taxes – a measure of profitability that takes into account the mark-to-market value of its funds – totaled $1.89 per share, compared with $1.10 in the first quarter of 2012. Analysts, on average, expected $1.24 per share, according to a Thomson Reuters poll.

ENI in Apollo’s asset management business was $66 million, compared with $35.1 million a year ago, driven by more revenue from advisory and transaction fees and an increase in fee-generating assets under management.

Apollo’s credit segment, which holds assets such as corporate bonds and collateralized loan obligations, reported ENI of $114.3 million versus $155.6 million a year earlier. Even though management fee revenue increased, the value of the credit portfolio appreciated less than a year ago.

Apollo President Marc Spilker told analysts on a conference call that the firm’s latest flagship private equity fund, Apollo Investment Fund VIII, which is seeking $12 billion from investors, was approaching a so-called first close, securing some of the capital it is targeting.

On Friday, jewelry and accessories retailer Claire’s Inc, which was taken private by Apollo for about $3.1 billion in 2007, filed with regulators to raise up to $100 million in an initial public offering.

Apollo declared a quarterly distribution of 57 cents per Class A share.

With a net worth estimated by Forbes at $4.3 billion as of March 2013, Black, 61, is a prolific art collector and was revealed last year as the mystery buyer who paid a record $120 million for Edvard Munch’s masterpiece “The Scream.” Black owns about 24 percent of Apollo.