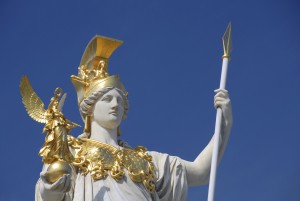 Josh Harris, senior managing director and co-founder of the firm, said on May 5 that Apollo is “slightly ahead of pace” on its Fund VIII deployment on a quick clip of deals.

The firm officially closed the fund in January 2014 as the largest private equity fund raised since the 2008 financial crisis and the firm’s richest pool.

Harris didn’t mention any specific plans for Fund IX or how large it would be, but he highlighted Fund VIII’s deployment level in his remarks to Wall Street analysts. Typically, private equity firms start planning their next fundraising once a fund is more than half deployed.

Apollo spent an average of about 6x EBITDA on its Fund VIII portfolio companies, while the industry average remains 10x or 11x, he said.

“We believe we are building a strong portfolio in Fund VIII, even in the high-priced private equity environment we’ve seen in recent years,” he said. “We are maintaining our value-oriented discipline to buy right.”

Thus far, Fund VIII is showing a gross IRR of 19 percent, while Apollo’s vintage 2008 Fund VII generated a net IRR of 27 percent as of March 31, according to data from the company.

The flurry of Fund VII deals include Apollo’s $7 billion acquisition of ADT, which closed May 2 despite a rocky credit environment in the quarter.

Other recent deals included the $1.4 billion buyout of U.S.-based grocery chain Fresh Market and the formation of RCCH Health Partners, which has combined revenue of $1.7 billion.

Also during the quarter, Apollo Natural Resources Partners II won $223 million in commitments and held a follow-on close. That fund now has about $2 billion under its belt.

The firm’s AGRE Debt Fund I, a real estate fund, drew in $193 million during the quarter. It’s also in the market with Apollo US Real Estate Fund II.