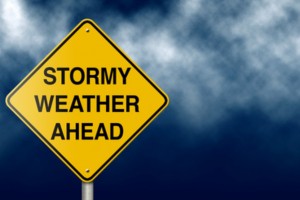 The turnaround specialists at Apollo Global Management are getting antsy. They need a good downturn to really show their stuff.

Ok, that might be an exaggeration. But Apollo, whose last mega-fund benefited greatly from investing during the financial downturn, is ready for another market dislocation.

“We’d welcome a rising interest rate environment. If rates rise quicker than expected, any resulting dislocation would benefit us,” said Josh Harris, Apollo co-founder, during Apollo’s second quarter earnings call. “Any concerns about rising rates with respect to our business are misplaced.”

Harris and Apollo co-founder and chief executive Leon Black were answering questions about how Apollo would be able to deploy its massive, $18.4 billion Fund VIII in an environment of sky-high valuations.

Barring the wished-for market dislocation, the firm appears ready to just be patient and pick its spots.

Fund VIII is through about one year of its six-year investment period, and has already deployed 15 percent of its capital, Black said on the call. Even better, despite average price multiples that are “close to the 2007 peak,” Apollo has paid an average of about 6x earnings before interest, taxation, depreciation and amortization on the deals so far in Fund VIII, he said.

“How do we as a value-oriented investor [that] invests [at] 5x to 7x of enterprise to EBITDA operate in a 9x to 10x world? We remain patient,” Black said. “We won’t continue to achieve the kind of results we aim to deliver by following the pack. We pursue idiosyncratic, off-the-beaten-path opportunities … If that means waiting longer for opportunities, we will happily wait.”

Some of those opportunities have come in the energy sector. Apollo has been cutting big checks, creating partnerships with experienced management teams such as the one it formed recently with Caelus Energy Alaska to invest in oil and gas properties. Apollo has the option to invest up to $1 billion in the partnership.

In June, Apollo agreed to buy oil and gas assets from Encana Corp., a Canadian natural gas producer, for about $1.8 billion.

The firm deployed $1 billion across its credit funds and strategic accounts this year as of June 30, the firm said, and raised $3 billion in the second quarter. “Credit markets overall are priced near or at all-time highs. It’s clearly a challenging market to find yield,” Harris said.

Indeed, it is enough to make a value-oriented firm wish for some good old-fashioned market turmoil. The firm’s $14.7 billion Fund VII, raised in 2008, is generating an annual net internal rate of return of 30 percent since inception, Apollo said.