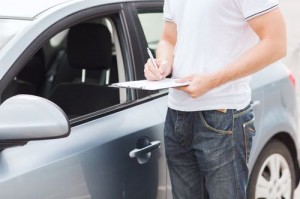 The sale process for First Investors is believed to be at an advanced stage. “It’s going to be sold shortly in the next couple of weeks,” said one of the sources, noting that Aquiline is seeking bids of 2.5x to 3x book value.

Wells Fargo is advising on the sale, the two sources said.

New York-based Aquiline acquired First Investors in September 2012 in a deal valued at $100 million, according to a statement at the time. The Houston-based company, founded in 1988, originates car loans indirectly through automobile dealers in 43 states, according to its website.

First Investors made news in August after it was fined $2.75 million by the Consumer Financial Protection Bureau. “Texas-based First Investors Financial Services Group Inc., which lends primarily to subprime borrowers, failed to fix known flaws in a computer system that was providing inaccurate information to credit reporting agencies,” CFPB said in a statement. “This potentially harmed tens of thousands of its customers.” First Investors agreed to pay the fine, but it did not admit any wrongdoing, according to a New York Times story at the time.

Aquiline invests in sectors such as insurance, banking, asset management and financial technology. The firm’s last fund collected $742 million in 2011, peHUB affiliate publication Buyouts has reported. The PE firm has discussed launching its third fund with investors and is expected to seek $1 billion for its third fund, Buyouts reported in July.

Aquiline Financial Services Fund II LP generated a 20 percent IRR and a 1.34x total value multiple as of June 30, according to the Oregon Public Employees Retirement Fund, a limited partner in the fund.