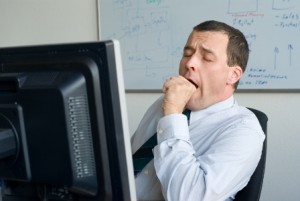 This is Chris, for Wire Wednesdays.

“We pick themes that are in alignment with our decarbonization focus,” Troy Thacker, Ara Partners managing partner, said, explaining that fiber packaging material is more sustainable than single-use packaging material. “It’s better for the planet, but it also is cost-competitive.” Read the full piece here on PE Hub.

Slowish: I’m starting to get agreement from more sources that fundraising has indeed begun to slow down. Some GPs have decided to push back fundraisings into next year, and jockey for position on LPs’ 2023 schedules.

The factors helping to slow fundraising have been well-documented here, but generally include LPs blowing through their yearly allocation in the first half as GPs come back to market quicker than ever. The denominator effect has caused some institution’s PE actual allocations to rise well above their policy targets. This forces institutions to make tough choices about either selling down portions of their PE portfolio, expanding their target range (which requires a policy vote) or slowing their pace and waiting for their allocation to come back into balance.

And the uncertain, volatile nature of the broader economy is generally convincing some LPs to take a breather and become pickier on who they decide to back.

All this in an environment in which distributions are expected to slow down, according to a fresh study from Rede Partners. More than 53 percent of the 104 institutional LPs in the recent survey expect the volume of distributions to decrease in the upcoming year. If distributions indeed start to dry up, expect to see fundraising slow further as LPs contend with less money available to re-invest into the asset class.

“With LPs struggling to meet the fundraising demands of their existing GP relationships, we expect a major squeeze on the number of ‘new money’ commitments being made,” said Adam Turtle, partner at Rede Partners, in a statement.

The rate of distributions hit a record in the second half of last year, according to Rede’s research. But that trend reversed this year as IPO activity fell to $11 billion in the first quarter, the lowest rate since the early days of the pandemic. And enthusiasm for special purpose acquisition company structure fell amid expected tighter scrutiny from the federal government.

And, global M&A transaction volume in the first quarter fell 33 percent compared to Q1 2021, according to Rede Partners. “With challenges facing most key exit routes, it is no surprise that LPs now expect distribution flows to slow dramatically,” according to Rede’s survey.

That’s it for me! Hit me up with tips n’ gossip, feedback or book recommendations at cwitkowsky@buyoutsinsider.com or over on LinkedIn.