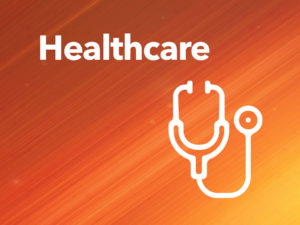 ArchiMed has acquired Cardioline, a European provider of cardiology-focused telemedicine. No financial terms were disclosed.

ArchiMed buys Cardioline, Europe’s leader in cardiology-focused telemedicine Cardioline is the first purchase of ArchiMed’s MED III Fund, which closed on €650 million in August, after less than two months of fundraising.

Trans-Atlantic private equity healthcare specialist ArchiMed has acquired a majority stake in Trento, Italy-based Cardioline. Founded in 1962, Cardioline is one of Europe’s most trusted brands for the manufacture and provision of traditional cardiology devices and services. Supplying respectively 20 percent and 50 percent of hospital and physician demand for electrocardiogram machines in Italy, Cardioline is also Europe’s largest provider of cardiology-focused telemedicine. Using proprietary online technology and software, Cardioline offers sophisticated, remote cardiology testing and diagnostics for patients and the entities serving them, including physicians, pharmacists, hospitals, ambulance crews and others.

“With nine new product releases in the past five years and more on the way, Cardioline has the most innovative product portfolio and product pipeline in its field on a global level,” says ArchiMed Managing Partner Vincent Guillaumot. “At its core, this is a technology development company, focused on combining mobile electrocardiography and stress-testing devices with state-of-the-art software and connectivity. Cardioline’s potential to expand into adjacent products and new geographies, both organically and through acquisition, is enormous.”

Cardioline is currently rolling out its first software for clinical research trials with a focus on electrocardiograms.

The advanced software will allow labs to respond to the increasingly pressing demands of the pharma industry for more efficient and cheaper remote testing. ArchiMed and Cardioline management are also considering a short-list of 15 potential acquisitions in Europe and the Americas to further accelerate growth.

As part of the all-equity deal, founders and management will own a significant minority stake in Cardioline and will remain in leadership positions. “ArchiMed is a particularly welcome partner, given their financial muscle, global industry connections and clear understanding of the wealth of possibility when it comes to expanding our business,” says Cardioline CEO Brian Brenegan. “Partnering with ArchiMed is an opportunity to maximize our growth.” ArchiMed Operating Partner, Carlos Alonso will join Cardioline’s board as Chairman.

As a senior executive of diversified medical device manufacturer Hillrom, Alonso notably built its international operations from a marginal division into a $1 billion growth juggernaut through both organic expansion and acquisition. Cardioline sales, spurred by growing demand for its telemedicine and remote testing suite – products and services rolled out in early 2018 – have grown some 20 percent annually over the past three years, reaching approximately €15 million in the 2021 fiscal year. ArchiMed invested in Cardioline through its MED III Fund, which closed on €650 million in August after less than two months of fundraising. MED III partners with companies in the European and North American small-cap healthcare sectors, buying majority stakes in association with existing owners and managers. ArchiMed also manages MED I, ranked the best performing buyout fund at a global level for the 2014 vintage, according to Preqin data. MED I has distributed over four times invested capital to limited partners and has a total return in excess of six times invested capital.