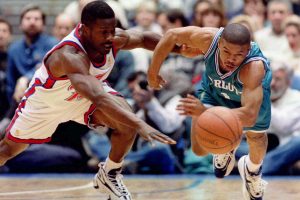 Arctos Sports Partners, a newly established PE firm focused on buying minority stakes in professional sports franchises, has launched a process to raise some $1.5 to $1.8 billion for its inaugural fund, a source told PE Hub.

Launched in early October, the PE firm has raised $430.8 million to date, according to a SEC form filed last week. The Dallas, Texas, firm also discreetly closed its first deal within the last two weeks, according to a source close to the transaction.

With respect to its debut deal, the partners “accounted for what was happening,” said the source, alluding to the impact of coronavirus. Sports worldwide have stopped in their tracks. But major sports league revenues are not solely driven by attendance – and that has kept Arctos Sports undeterred, according to the source.

“Think about TV rights, those things are a very predictable portion of the revenue,” the source said. “What’s hard to predict is the revenue that comes from stand attendance and that’s only 20 percent.”

The firm’s first deal has not been formally announced and the source declined to identify the acquired business.

But Arctos Sports’ large pipeline of deal flow is worth a potential $3 billion, the source said, referring to the combined value of potential investment opportunities.

The firm targets investments in North American pro sports teams and select European soccer clubs. The fund will aim to invest in many leagues, franchises, ownership groups and geographic markets.

Arctos Sports, started by managing partners Ian Charles, a veteran secondaries investor, and David “Doc” O’Connor, former president of Madison Square Garden, is not the only new player to enter this arena.

In October, after Bloomberg reported that Major League Baseball changed its policy to allow investment funds to own minority stakes in clubs, a sports banking firm jumped at the opportunity.

Galatioto Sports Partners, long known as a financial advisor in the space, shortly thereafter created a $500 million fund to invest in baseball teams. A deal has not yet been disclosed.

The rule change opens the gates to investment funds like Arctos Sports and GSP, solving a longtime problem faced by LPs or part owners. Sports franchise owners typically find it difficult to sell their stakes because of sky-high valuation expectations.

“Given that no sports are being played right now, [professional sports] owners need more capital now than ever,” the anonymous source said.

On average, an MLB team is valued at $1.85 billion, a 4 percent rise from a year ago, according to a recent Forbes estimate.

The PE firm got its website up and running only last week and does not plan to disclose any of its deals.

Action Item: Check out the website and Form D for more information.

Update: This report has been updated with additional information on Arctos’ investment strategy.