PE Hub
Home Scoops & Analysis Ardian’s Verbrugghe: ‘You have to demonstrate you will be able to deliver’
Uncategorised 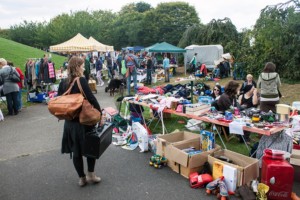 Earlier this month, Ardian (the former AXA Private Equity) revealed it was the buyer in one of the biggest private equity secondary deals of the year—acquiring a private equity portfolio valued at about $1.3 billion from GE Capital.

The portfolio comprised some 350 funds, mostly U.S. buyout funds, sources told me. This is a staggering number of funds, and for one shop to buy the whole thing, with all the due diligence and analysis that goes along with it, is an impressive transaction.

Consider this as well: Secondary market sources said that Evercore Partners, which sold the portfolio for GE Capital, ran a quick process—giving potential buyers a tight deadline to make bids.

This means, in truth, only a few firms could have participated—those with a wide enough view of the market and a broad knowledge of managers, their funds and the underlying investments in those funds.

Ardian is no stranger to such massive deals, for a few reasons. Benoit Verbrugghe, managing partner and head of Ardian’s U.S. office, took some time to explain why Ardian is well positioned to cash in on secondary mega-deals:

Ardian, as a fund of funds and secondaries firm, is one of the largest LPs in the market, with stakes in almost 1,000 funds.

So when a deal like GE hits the market, Ardian has an advantage over a lot of firms in the market (other than those select few that also have a broad view through things like robust primary programs, like HarbourVest Partners, or just big programs like Lexington Partners.)

But there is another aspect to this. Once Ardian gets comfortable with a large portfolio, it also has to have the dry powder to jump into a big transaction. This is why Ardian raises large funds around secondaries—the firm recently closed its sixth secondary fund on $10 billion, which includes $1 billion for primary investments.

With this kind of capital available (as well as the occasional use of leverage in deals), sellers can have certainty the deal will close, which helps Ardian in situations where the seller prefers only one buyer.

“You have to demonstrate to sellers you will be able to deliver,” Verbrugghe said.

Ardian does not always use leverage in its deals, only when it understands the underlying assets and the risks involved.