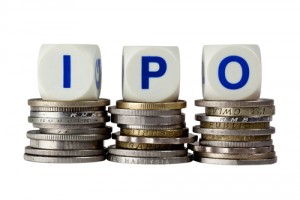 The Carlyle Group’s pending IPO is getting a lot of attention but don’t expect the deal to be a barn burner.

UPDATE: The Washington D.C. buyout late Wednesday raised $671 million after pricing its IPO at $22 per unit, below its expected range (but in line with pricetalk from earlier today).  . The Carlyle Group was selling 30.5 million common units at $23 to $25 each via bookrunners J.P. Morgan, Citigroup and Credit Suisse. However, price talk for the deal had dropped to $22 to $23 per unit although there’s no SEC filing, says John Fitzgibbon, IPOSCOOP.com’s founder. Carlyle is expected to trade Thursday on the Nasdaq under the ticker “CG.”

Carlyle appears to be trying a new strategy and is offering the IPO at a discount, according to press reports. David Rubenstein, one of Carlyle’s co-founders, told investors yesterday that he wants to prove that shares of a private equity firm can rise, according to Bloomberg News.

Rubenstein, who isn’t selling any units in the IPO, has set a hard task for Carlyle. IPOs of private equity firm’s typically don’t do well in the aftermarket, Fitzgibbon says. “People don’t fully understand them,” he says.

Because the so-called “thundering herd” misunderstands PE firms, Wall Street will likely stand aside, he says. “The last thing you want is to be in something that is misunderstood,” he says.  Fitzgibbon says he doesn’t expect the Carlyle deal to be a “moon shot.”

One PE exec countered that IPOs of buyout shops aren’t misunderstood. “They have traded in a sensible fashion considering what a PE firm is,” the exec says.

PE firms, the exec says, are not a “natural” for the public markets. Earning of PE firms aren’t predictable, the source says, and the business is not easily understood by investors. “The only assets also leave the company every night in the elevator,” the PE exec says.

Private equity firms haven’t performed well in the IPO market. The first buyout shop to go public was the Blackstone Group. The New York-based firm, to much fanfare, went public in 2007 at $31 a share. Shares of Blackstone hit a high of $38 in its first day but declined thereafter (even dropping to below $10 a share in 2009) and have failed to trade near $31 since then. Shares of Blackstone lost 27 cents to $13.36 in mid-day trading Wednesday.

Most recently, Oaktree Capital Group went public in April at $43 a share. Oaktree opened below its IPO price and is currently trading at $40.39 a share on volume of 832,505 shares.