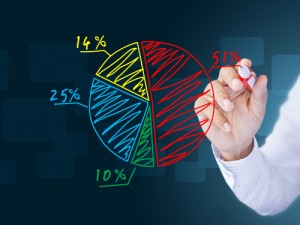 While there is buzz that the asset class is becoming mature and efficient, deal sourcing, one of the most critical components of a private equity firm’s success, is becoming tougher. This means there is greater opportunity than ever for outperformance on a relative basis by sponsors that are better at business development.

The third annual edition of Sutton Place Strategies’s Deal Origination Benchmark Report, covering sponsor activity in the United States and Canada, highlights some stunning trends and takeaways. The report compares the “market coverage” of a private equity firm—the percentage of relevant, completed private equity transactions with a sell-side adviser that the firm reviewed—against all firms as well as their peer group. The results are based on an analysis of more than 125 clients of the information services firm that qualified for inclusion.

Despite the trends and increased marketing spend on the part of private equity firms to improve their deal origination, on average sponsors are still missing over 80 percent of their target market deal flow (see table below). The average market coverage actually declined to 19.3 percent in 2014, compared to 23.0 percent in 2013. The greatest force at work here is the increased fragmentation of the intermediary community. According to our proprietary database, the number of sell-side advisers that completed at least one transaction north of $5-10 million in enterprise value in the 12 months ending Jun 2014 increased by approximately 10 percent to 765, compared to the same period one year ago, and the number of intermediary professionals increased approximately 12 percent to 2,371. In other words, there are more intermediaries out there to stay in front of.

One could argue that deal origination may be the most significant and easily assessable forward indicator of fund performance available. Stated simply, you can’t make good investments if you don’t see them. While returns won’t be realized until several years down the road, knowing today that you are seeing a higher share of relevant qualified opportunities from which to make investments than your competitors can help predict future performance. In many cases those opportunities will come from below-the-radar deal sources running quieter more limited processes potentially at more attractive valuations.

If that’s not enough, another reason why private equity firms should be thinking hard about their deal origination strategy and making changes for the better is the increased attention from limited partners. LPs are more interested today than ever in co-investing and direct investing. A private equity firm that can show higher market coverage, which is essentially access to deal flow that others don’t have, can substantially differentiate itself in the eyes of investors.

In the words of Socrates, “the unexamined life is not worth living.” The ongoing quest for improvement in deal sourcing requires periodic self-evaluation and an abundance of intelligently directed calling, emailing, and visiting. There is no substitute for hard work, but it helps to work smart, and above all else “know thyself”.