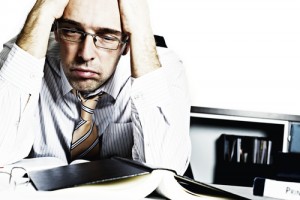 One exec, who lives in California and runs a small fund, says he could end up paying a 35% tax rate on carried interest on Jan. 1, 2013. He is so worried that he’s questioning whether to launch another fund. All the taxes “takes the incentive” out of working in private equity, the source says.

GPs typically spend 18 months to two years raising a fund. Another three years are spent making investments, the exec says, and then exits might not happen for seven years. “This is a lot of hard work and it takes a lot of years to make things work,” the source says.

Changing the tax rate will cause “people to wonder why they’re killing themselves,” the exec says.

President Obama has long proposed taxing carried interest the same as regular income. Obama even included the proposed change in his budget proposal for fiscal 2013 that was released earlier this year. Unless Congress acts, the top capital gains rate will increase to 20% in 2013, up from 15%. Many PE execs think President Obama will cave on capital gains, while others admit they don’t have a clue what will happen. Other changes coming in 2013? The distinction between ordinary and qualified dividends will disappear and all dividends will be subject to ordinary tax rates, according to Marketwatch’s Robert Powell.

Here’s the math on tax changes that are causing our first exec so much worry:

Carried interest earned from private equity funds is taxed at 15% capital gains currently. In California, you add another 10% state tax, which comes to about 25%, the source says. Next year, he expects to add another 4%-5% in taxes from Obamacare. And, if the Bush tax cuts go away, this will put another 5% on his carried interest taxes for a grand total of 35%, the source says. “This is the best case scenario,” the exec says. “We will be at 35% on Jan. 1.”

But a second PE exec thinks this is nonsense. State tax is generally deducted from federal, the second exec says. Also, Obamacare will not add taxes to capital gains, the source says. “Could taxes rise?” the second person says. “Yes. Does this make PE a bad business to own? Are you kidding me? How many jobs give you 20% of the earnings of the profit of another company?”

Also, the tax rate on capital gains was higher, roughly 28%, in the 1990s, the second source says. “PE did not exactly shrink then,” the source says.

A third PE exec says it is impossible to avoid taxes. “Last time I looked we make enough money in private equity to pay additional taxes,” the third exec says. ” Not that I want to but it certainly won’t cause me to retire.”

And a fourth exec weighed in: “This is utter nonsense…We get paid quite a lot for what we do. Taxes at the margin will in no way affect my work,” the fourth source says. 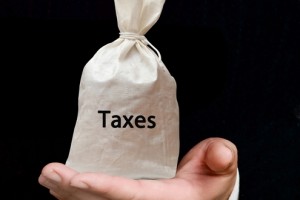 A fifth PE exec kinda-sorta agrees with the first. In the absence of any legislation, capital gains rates will jump to 20% from 15% next year, the fifth exec says. There will also be a Medicare tax on financial transactions, such as capital gains and dividends, of 3.8%, the fifth source says.

Then come the state and local taxes. In California, that’s 10% while in New York City it’s closer to 14%. Some execs will be able to deduct state/local taxes on their federal income tax returns, while others will get caught up in something called the “alternative minimum tax,” this exec says. If they are subject to AMT, they can’t deduct state/local taxes, says the fifth source who claims to pay 29% on capital gains today (he is caught in AMT).

When you add it all up, there are a lot of negative things that could affect the PE business, the fifth source says. Capital gains tax rate going up is one while dividend rates increasing is another, the exec says. “No one knows where the tax on carried interest will come out,” the fifth source says. “But one thing is pretty sure–it won’t stay where it is.”

The hardest hit by changes to carried interest taxation? Small funds. Large buyout funds can pay wages that are competitive to Wall Street. Small funds can’t. So these GPs typically pay less cash but offer participation in the carry, the fifth exec says. “That will be a hard sell if carried interest [taxation] is changed,” the fifth source says.

Photo of stressed exec and taxes courtesy of Shutterstock