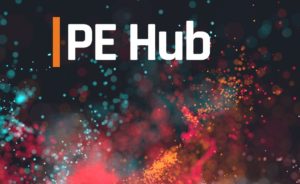 Ares Acquisition Corp priced its initial public offering of 87 million units at $10 per unit for a total of $870 million. The special purpose acquisition company will have a broad mandate to look for deal opportunities, except that it won’t invest in the fossil fuel industry.

The Company will not be limited to a particular industry or geographic region in its identification and acquisition of a target company, except that it does not intend to pursue the fossil fuel energy industry.

UBS Investment Bank and Citigroup are acting as book-runners and representatives of the underwriters for this offering. Morgan Stanley and Barclays are acting as book-runners, and CastleOak is acting as co-manager. The Company has granted the underwriters a 45-day option to purchase up to an additional 13,050,000 units at the initial public offering price to cover over-allotments, if any.

The offering is being made only by means of a prospectus. When available, copies of the prospectus may be obtained from: UBS Securities LLC, Attention: Prospectus Department, 1285 Avenue of the Americas, New York, New York 10019, Telephone: (888) 827-7275 or email: ol-prospectusrequest@ubs.com; and Citigroup Global Markets Inc., c/o Broadridge Financial Solutions, 1155 Long Island Avenue, Edgewood, NY 11717, Telephone: (800) 831-9146.

A registration statement relating to the securities became effective on February 1, 2021 in accordance with Section 8(a) of the Securities Act of 1933, as amended. This press release shall not constitute an offer to sell or the solicitation of an offer to buy, nor shall there be any sale of these securities in any state or jurisdiction in which such offer, solicitation or sale would be unlawful prior to registration or qualification under the securities laws of any such state or jurisdiction.

The offering is expected to close on February 4, 2021, subject to customary closing conditions.

This press release contains statements that constitute “forward-looking statements,” including with respect to the proposed initial public offering and the anticipated use of the net proceeds. No assurance can be given that the offering discussed above will be completed on the terms described, or at all, or that the net proceeds of the offering will be used as indicated. Forward-looking statements are subject to numerous conditions, many of which are beyond the control of the Company, including those set forth in the Risk Factors section of the Company’s registration statement and preliminary prospectus for the Company’s offering filed with the Securities and Exchange Commission (“SEC”). Copies are available on the SEC’s website, www.sec.gov. The Company undertakes no obligation to update these statements for revisions or changes after the date of this release, except as required by law.