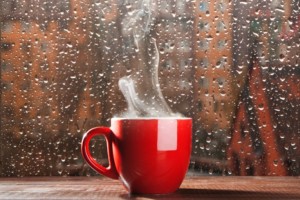 If you had a long weekend, hope you enjoyed it.

Breaking deal this morning involves Ares Management agreeing to buy a controlling stake in Hong Kong-based SSG Capital. The deal is expected to close in the second or third quarter. Check out our news brief here.

Ares presumably wants to tap into SSG’s local access to developing capital markets in Asia. The firm has both the scope to cover the region, with nine offices across Asia/Pacific, as well as local licenses and infrastructure that allows the firm to take advantage of opportunities with local investor protections, “which are usually not available to foreign parties,” according to the PA Public Schools investment memo.

Ares is taking a page from Blackstone Group, which over the years has bought itself expertise in areas into which it wanted to expand.

“What we are seeing is a lot of the talent moving outside of these tech hubs. There is also so much more engineering talent graduating schools throughout America: in the Midwest, in the Southeast,” Welsh said. “In Europe, the tech hub was traditionally the UK. Now you see tons of companies started in Berlin, Paris, or in the Nordic region.”

KKR found its first deal in the fund in Tampa Bay, where it acquired cybersecurity training company KnowBe4. Check out Milana’s story here.

Top Scoops
Blackstone Energy Partners III secured about $4.2 billion, putting it with striking distance of its target, writes Kirk Falconer at Buyouts. Check it out here.

Harvest Partners is joining TA Associates and GI Partners as an investor in MRI Software in a deal valued north of $3 billion, Sarah Pringle writes on PE Hub. Read it here.

Have a great day! Hit me up with tips n’ gossip, trends, feedback or whatever at cwitkowsky@buyoutsinsider.com, on Twitter or find me on LinkedIn.