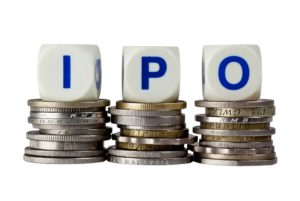 (Reuters) – Ares Management LLC, the credit investment and private equity firm that has been pitched on the idea of an initial public offering for more than a year, is finally close to registering to go public, according to two people familiar with the matter.

A filing with the U.S. Securities and Exchange Commission registering Ares for an IPO is expected in the coming days or weeks, the people said on Thursday. JPMorgan Chase & Co JPM.N and Bank of America Corp BAC.N will be among the underwriters, they added.

Ares, JPMorgan and Bank of America representatives declined to comment. The sources asked not to be identified because the matter is confidential.

It could not be immediately established why Ares decided the timing was right now to go public. Shares of Ares’ publicly listed peers rallied in 2013 but have been relatively flat and some have even declined since the start of the year, suggesting valuations for these firms may have reached a temporary peak after red-hot capital markets enabled them to post bumper profits.

Reuters reported in December, based on people familiar with the matter, that Ares had been resisting calls from investment banks for an IPO because it did not believe at the time it needed to be public in order to grow.

But creating a publicly traded stock to use as currency to fund its growth and potential acquisitions could tempt it to go public, the people said at the time.

Alternative asset managers also use their shares to incentivize staff, as publicly traded stock can be sold and bought much more easily than stakes in private firms. This also allows founders to gradually cash out on their stakes over time.

But these firms also have to add a battery of compliance and other staff to ensure they are meeting listing rules and are obliged to reveal much more about their performance publicly. They also have to reassure their fund investors that they remain a top priority.

Bloomberg reported earlier on Thursday that Ares is preparing to file for an IPO within days.

The Los Angeles-based firm has in the past snubbed an IPO in favor of a private placement. Last July, it sold a 6.25 percent equity stake in the firm to insurer Alleghany CorpY.N for $250 million. The deal valued Ares at $4 billion.

It was the second major private placement that Ares had accepted. In 2007, Abu Dhabi Investment Authority acquired a 20 percent stake in Ares for $375 million, giving it a valuation of $1.9 billion at that time.

Ares had $74 billion of assets under management as of the end of December, $55 billion of which were in private and public credit strategies.

Its stronghold in direct lending and wider credit investments can be traced to the roots of its founders, Antony Ressler, John Kissick, Bennett Rosenthal and David Kaplan. Ressler and Kissick worked as bond traders in the 1980s at Drexel Burnham Lambert, and in 1990 co-founded Apollo alongside Leon Black, Marc Rowan and Joshua Harris.

At Apollo, Ressler and Kissick led the firm’s capital markets business and in 1997 spun it out into Ares, which became independent in 2002. Rosenthal joined Ares in 1998 from Merrill Lynch & Co’s global leveraged finance group while Kaplan joined in 2003 from investment firm Shelter Capital Partners LLC.