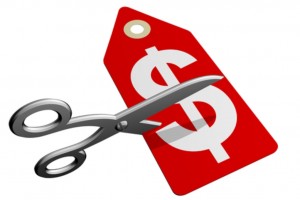 Ares Management LP (ARES.N) could raise only about half of what it had intended from its initial public offering as weak demand led the investment firm to cut the offering size and price units below its anticipated range.

The credit investment and private equity firm’s offering raised about $216 million, selling 11.4 million common units at $19 each, according to an underwriter working on the deal.

At the IPO price, Ares will have a market value of about $4 billion, if all the common units outstanding after the offering are exchanged for newly issued common units.

One of the company’s unit holders, expected to sell 6.8 million additional units in the offering, decided to retain its stake in the company and not sell shares in the IPO.

Ares had initially expected to price the 18.2 million units at between $21 and $23 per unit.

Companies planning to list on U.S. exchanges have had to temper their expectations over the past month as bankers cut IPO sizes to attract increasingly picky investors in a crowded IPO market.

More than half the companies that went public in April, including boutique investment bank Moelis & Co (MC.N) and Travelocity owner Sabre Corp (SABR.O), priced their IPOs below their expected range, according to Thomson Reuters data.

Ares’s shares are expected to begin trading on the New York Stock Exchange on Friday under the symbol “ARES”.

The Los Angeles-based firm had $74 billion of assets under management as of the end of December, $55 billion of which were in private and public credit strategies.

Shares of Ares’s publicly listed peers rallied in 2013 but have been relatively flat and some have even fallen since the start of the year, suggesting valuations for these firms may have reached a temporary peak after red-hot capital markets enabled them to post record profits.

The company’s listing would be the first by a major alternative asset manager since Carlyle Group LP (CG.O) went public two years ago.

JPMorgan and BofA Merrill Lynch are leading the syndicate of underwriters on the offering.

(Reporting by Aman Shah in Bangalore; Editing by Lisa Shumaker and Ken Wills)