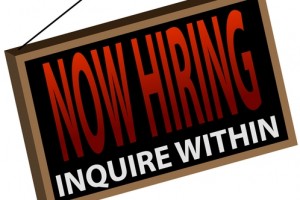 M&A’s on the backburner. Fundraising is still tough. But one thing has gotten easier for PE firms: recruiting.

“We’ve been the beneficiary of [hedge funds] being a less attractive career these days than it was three to four years ago,” said Rosenthal, who spoke on the panel, “Private Equity: What’s Next?”

Before the financial crisis, high-flying hedge funds vied with PE for recruits. That’s changed. Some hedge funds have yet to fully recover from the downturn and some are downsizing amid a continuing slowdown in trading. Wall Street investment banks, like UBS, are also cutting jobs.

Private equity offers “stability and growth and career development” for candidates just starting out, said Rosenthal, who expects the industry to continue growing. “If investors are allocating more capital to private equity and to alternative investments, which they will, it’s still going to be a great career for people,” he said.

Rosenthal’s positivism is in line with a recent survey that shows PE staffing likely to increase this year. More than half of buyout and growth equity firms, or 61%, said they planned to hire investment professionals at the analyst, associate and other-non-partner levels by the end of 2012, Buyouts reported. This compares to last year, when 29% of buyout and growth equity firms said they actually did at junior investment staff.

But Hedge funds do pose a danger. One PE exec of a large buyout shop, who spoke on the sidelines of the Bloomberg conference, says he would disregard any candidate who admits they wanted to work in a hedge fund.

Private equity is geared to people who take a longer view of investments, where rewards can take years to come to fruition, this source says. Hedge funds, in contrast, are for individuals who are more short-term investors and seek “immediate gratification,” the exec says.

“The young person seriously considering going to a hedge fund isn’t right for my business,” the source says.