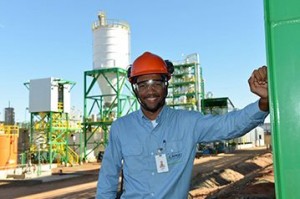 Funds affiliated with U.S. private equity firm Arias Resource Capital Management have acquired units in Largo Resources Ltd (TSX-V: LGO) in the first tranche of a new $39 million (US$26.5 million) private placement. Toronto-based Largo announced the deal earlier this month, noting the proceeds would support on-going working capital requirements at its vanadium mining project in Brazil, among other priorities. With the transaction, Arias will increase its existing stake in the company to as much as 64.73 percent of total outstanding common shares. Last year, Arias agreed to provide most of a $70 million financing of Largo.

TORONTO, Jan. 29, 2016 /CNW/ – Arias Resource Capital Fund II L.P. (“ARCF II”) and Arias Resource Capital Fund II (Mexico) L.P. (“ARCF II Mexico”, together with ARCF II, the “ARC Funds”) announced today that they, collectively, acquired an additional 62,176,283 Units at a price of Cdn$0.175 per Unit for an aggregate subscription price of Cdn$10,880,849.53 pursuant to the first tranche (the “First Tranche”) of Largo Resources Ltd.’s (“Largo”) previously announced non-brokered private placement of USD$26.5 million (approximately CDN$39 million) of Units (the “Offering”). Each Unit consists of one common share in the capital of Largo (“Common Shares”) and one-half of one Common Share purchase warrant. Each whole warrant entitles the holder to acquire one further Common Share at a price of Cdn$0.29 per Common Share for a period of five years from the closing of the Offering.

Prior to the closing of the First Tranche, the ARC Funds, together with Arias Resource Capital Fund L.P. (“ARCF I”), owned an aggregate of 94,100,473 Common Shares and 38,063,389 Common Share purchase warrants (“Warrants”). J. Alberto Arias, the sole director of each of the general partners of the ARC Funds and a director on the board of Largo, currently holds options to purchase 198,000 Common Shares of Largo (“Options”), 148,000 of which are vested. Giving effect to the acquisition of Units under the First Tranche and assuming the exercise in full of the Warrants and the exercise in full of the vested Options, the Common Shares held by J. Alberto Arias and the ARC Funds, collectively, would represent approximately 64.73% of the total outstanding Common Shares of Largo, on a partially-diluted basis, as summarized below:

The ARC Funds are managed by Arias Resource Capital Management LP (the “Manager”). The respective general partner of each of the ARC Funds retains the power to make investment and voting decisions in respect of the Largo securities beneficially owned by the ARC Funds. J. Alberto Arias is the sole director of each of the general partners of the ARC Funds and indirectly controls the Manager. As such, Mr. Arias may be deemed to share voting and dispositive power with respect to the Largo securities beneficially owned by the ARC Funds, but he disclaims any beneficial ownership of any such securities, except to the extent of his pecuniary interest therein.

The ARC Funds may, from time to time, subject to all necessary regulatory approvals, acquire additional securities of Largo and/or dispose of such securities as they may deem appropriate, including under the next tranche of the Offering.

As one of the conditions to the ARC Funds’ participation in the Offering, Largo and the ARC Funds amended and restated that certain director nomination agreement dated May 22, 2015 (the “Amended Nomination Agreement”). The Amended Nomination Agreement grants the ARC Funds the right to designate one additional person (for a total of four persons) to be nominated for election to Largo’s board of directors, including at the next annual meeting of Largo shareholders, for so long as the ARC Funds, whether individually or together, own at least 50% of the issued and outstanding Common Shares.

This news release has been disseminated in accordance with the early warning requirements of Canadian provincial securities laws.

The dissemination of this release in the United States or to any United States news service may constitute a violation of U.S. securities laws.