Arsenal Capital Partners held a first close on its fourth buyout fund toward a target of $1.25 billion, well above its predecessor, according to a source.

The source described the first close level as “substantial,” but declined to be more specific. A Form D filing filing for the fund shows an offering amount of $1.25 billion, but the “total amount sold” field is blank. Typically, firms hold a first close with no less than 25 percent of the fund, which would mean Arsenal may have raised at least $310 million.

An LP familiar with Arsenal Capital said the firm shouldn’t have trouble hitting its target for Fund IV, given its fund performance.

The vintage 2006 Arsenal Capital Partners II delivered an IRR of 23.6 percent as of June 30, 2014 for the Regents of the University of California. That’s well above the top-quartile threshold of 14.4 percent for that year, according to an annual review of public pension fund data by Buyouts.

On the exit front, Arsenal sold Royal Adhesives and Sealants to American Securities in a deal expected to fetch up to $1 billion, according to a source. 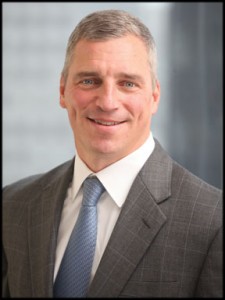 Arsenal was co-founded by Terrence Mullen and Jeffrey Kovach, who are both listed as executives for Fund IV in the Form D, which was filed on October 8. The Form D does not list a placement agent for the fund.

Pilar Lorente, an executive listed on Fund III and the firm’s former CFO, left Arsenal in 2014, according to a LinkedIn profile. Arsenal named Frank Scrudato CFO in 2014. He formerly worked as CFO of Bruckmann, Rosser, Sherrill & Co.

Meanwhile, Carty Chock, a former Arsenal partner who worked on financial deals, has since co-launched ClearPoint Investment Partners. Arsenal pivoted away from financial deals in Fund III. It focuses exclusively on middle-market speciality industrial and healthcare companies with revenue of $30 million to $400 million.

Arsenal raised $875 million for Fund III, ahead of its $750 million target, the firm said in April 2013. The firm listed Forbes Private Capital and Farrell Marsh & Co as placement agents for Fund III. The firm drew in $500 million for Arsenal Capital Partner II in 2006.