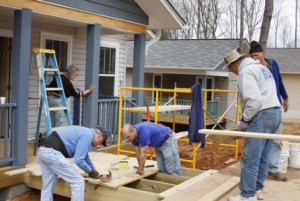 Arsenal Capital Partners may get to exit FrontStream Payments after more than four years.

Arsenal, which owns a majority of FrontStream, is putting the company up for sale, three sources said. FT Partners is advising on the process, one of the persons said. However, it is unclear if the auction has officially started. FrontStream has spoken to investors but books have not gone out, sources said.

Washington, D.C.-based FrontStream is a payment processor for nonprofits. The company also provides software for the 501(c)(3) charitable marketplace. FrontStream is looking to sell for a “big multiple,” or more than 14x EBITDA, one banker said. Because it also offers software, FrontStream may argue that it should be valued based on a revenue multiple and not EBITDA, a different source said. It is unclear how much revenue FrontStream produces.

Arsenal’s investment in FrontStream dates back to March 2010 when the payment processor acquired Fast Transact. Arsenal provided the funds for the acquisition, a statement from that time said. In 2008, FrontStream also raised $16 million in funding from firms including SSM Partners, Noro-Moseley Partners, Wakefield Group and Southpoint Capital Advisors.

Fund II is generating an 18.7 percent net IRR as of Sept. 30, 2013, according to the Regents of the University of California.

FrontStream, in the past year, has been acquisitive. The company acquired GiftWorks, a provider of fundraising and management tools for nonprofits, in August 2013. Also that month, FrontStream bought Artez Interactive, a fundraising services provider. This year, FrontStream acquired Truist, which supplies corporate philanthropy technology.

Executives at Arsenal and Wakefield declined comment. FrontStream, SSM, Noro-Moseley and FT Partners did not reply to requests for comment.