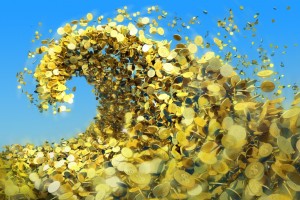 Arsenal Capital Partners spent a little more than a year raising its most recent fund which collected $875 million.

Marketing for Arsenal Capital Fund III LP began in first quarter of last year, said Terry Mullen, a partner. Fund III ended up exceeding the firm’s target of $750 million and was more than the original $825 million hard cap, said Mullen who spoke Wednesday at PartnerConnect. Arsenal, a New York-based PE firm, officially closed its third fund in the middle of March, he said.

Fund III also came in bigger than Arsenal’s prior fund, which collected $500 million in 2006. Fund II has a 22.5% net IRR, according to June 30 data from The Regents of University of California.

“We are delighted to have surpassed our expectations for Fund III and achieved a 75% increase in committed capital from our last fund,” Mullen said in a statement.

Some investors did not reupp in Fund III but most did, Mullen says. Those that reinvested include PKA A/S, PPM America and Northeast Utilities Service Co. Harvard Management Co. also reupped, peHUB has learned. New LPs include Northwestern Mutual Life, KIRKBI and Partners Capital.

The fundraising market is “hyper crowded,” Mullen said, referring to the 1900 GPs out trying to raise capital. LPs, he said, have a strong preference for small funds that are very specialized. Arsenal focuses on specialty industrials, like specialty chemicals and materials, as well as areas of healthcare.

Arsenal, a lower middle market firm, typically invests from $20 million to $75 million equity. Mullen estimates that 70% of the companies sold by Arsenal were “big winners.” The PE industry generally considers a big winner as 3x multiple of investment (MOI).

With fund III, Arsenal is no longer investing in financial services, which it added with its prior fund. Financial services, he said, has “headwinds and not tailwinds” and faces many regulatory issues. Arsenal sees great opportunities in industrials and healthcare, he said. LPs, when told of Arsenal’s decision to longer focus on financial services, said the decision made sense, Mullen said. “People were pleased with our decision to concentrate on our strengths,” he said.