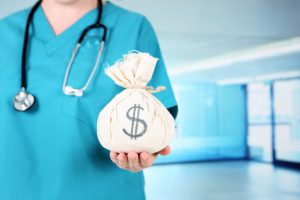 Arsenal Capital is exploring the sale of TractManager, whose software and services help healthcare systems make better decisions, according to four sources familiar with the matter.

Harris Williams has been engaged for financial advice, they said. The process remains in its early stages.

While still early, one source suggested valuation could pan out to around $400 million, while another anticipated an outcome in the upper $300 million range.

Potential strategic suitors are likely to be interested in different pieces of the company, with the three businesses accounting for an about equal financial contribution, some of the people said.

The most likely buyer is a PE-backed strategic player that has the operational power to uncork growth rate, sources said, versus a pure play sponsor with less ability to turbocharge growth.

GHX, for example, is already very clearly in the business of strategic sourcing, but not in contract management and provider management. RLDatix and Symplr, on the other hand, play within the GRC lines of business.

Symplr, for its part, is in the midst of its own partial sale process. PE Hub wrote in July that the GRC software company was working with William Blair and Goldman Sachs, exploring a minority stake sale or 50-50 joint ownership transaction that brings in another private equity group.

As buyers assess a potential transaction, they’re likely to examine “what a cohesive GRC portfolio looks like or doesn’t look like,” one source noted.

“Hospitals are really struggling with their economics and all this stuff becomes more valuable,” another source added.

For the interested strategic players, TractManager is “viewed as a value play,” said a third source.

RLDatix has also been active on the M&A front, expanding beyond patient-safety software with its acquisition of iContracts in 2019, through which it added contract and compliance management for healthcare providers as well as revenue management for the life sciences market. More recently, RLDatix in mid-September bought OneSource.