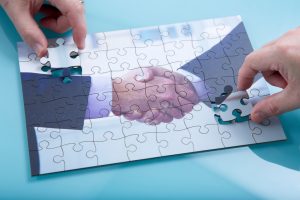 On the eve of what would have marked the first material adverse event case litigated in the covid-19 era, Advent International and Forescout Technologies shook hands on a revised agreement that cuts the cybersecurity company’s valuation by $300 million.

The settlement, just days before a trial slated to begin on July 20, underscores the fact that proving a material adverse event clause, or an MAE/MAC, remains a huge undertaking.

“One, MACs are incredibly difficult to prove. As the buyer, you always know that you have an uphill battle and that there’s risk going in. It’s really hard to win,” according to Matthew DiRisio, a partner at Winston & Strawn. “Two, it’s incredibly expensive to litigate these.”

“All this did was reinforce the [issues] we already knew,” said another litigator, requesting anonymity. “[An MAE is] a good weapon to renegotiate down price. There are vulnerabilities on both sides of [such cases] and this is the most common result.”

A MAC win would have opened the floodgates for more disputes, but this outcome was beneficial to the buyer, added DiRisio, a member of Winston’s securities litigation practice.

“[PE] buyers may not actually be disappointed that this is settled,” DiRisio said. “The reason for that is: Just looking objectively at MACs, you have to assume the odds are you’re not going to win a MAC … On balance, a deal that’s at a pretty good discount to the sale price is better than having the Court of Chancery say the deal doesn’t constitute a MAC. That would be more damaging to buyers than a settlement on the eve of [the trial].”

Other attorneys, including M&A specialists who negotiate these clauses, agreed. “You don’t want to be litigating a MAC clause. That’s pretty much understood,” said Jake Bullen, partner and co-chair of the private equity group at Cassels, a Canadian law firm.

“It seems to me [Advent] made an economic decision, as well as a business and legal decision, bringing down the purchase price, maybe not as much as they wanted, closing the deal, and avoiding years of uncertainty and expenses,” said Bullen, who recently negotiated a MAC settlement involving two privately-owned parties.

Under the amended terms of the transaction, Advent is set to acquire all outstanding shares of Forescout common stock for $29 per share, down from $33 per share. The revised agreement brings the deal’s value to $1.6 billion, from $1.9 billion.

Advent, partnering with Crosspoint Capital Partners on the transaction, struck its initial all-cash deal for Forescout on February 3. In May, the firm provided notice to Forescout that it would not be proceeding to consummate the acquisition as scheduled.

Not unlike other disputes, the MAE clause in the Advent-Forescout suit explicitly excluded ‘pandemic’, meaning a buyer cannot cite pandemic as a trigger for an MAE. MAE clauses typically have a long list of what does not constitute an MAE.

In Bullen’s view, the odds are a MAE case will soon go to trial: “There is just so much uncertainty around the state of MACs and the current environment. A, the courts will want to provide some guidance. And B, there are a number of deals that were signed prior to the pandemic and you have a number of people renegotiating.”

Broadly speaking, there are three phases in how to address the pandemic in a merger agreement, according Bullen: The first phase is on the diligence and valuation side – or how to build out the projected effects of the pandemic. The second and third phases involve the specific language in transaction agreement and the post-agreement period – which may include a dispute.

Front and center is the second phase – the actual drafting of the language in the deal agreement and terminology around the MAC clause.

Buyers are now saying, “listen, we all now know about the pandemic so we have to include it one way or another,” Bullen said. In turn, sponsors on some transactions are taking the view that the pandemic is excluded as a MAC unless it satisfies certain criteria.

For example, that criteria might include a hit to EBITDA by more than 12 percent or shutdown of operations for more than a certain number of days, he explained.

“It’s taking guesswork out for the parties, and more importantly [taking guesswork out] for the judge, mediator or arbitrator.” In other words, it signifies where the line gets crossed, he said. “You start to build that narrative and it allows you as a buyer to walk away or provides significant leverage to negotiation.”

Action Item: Read more on why PE firms are pivoting to the ordinary course clause as a means to scrap or renegotiate a deal.

Correction: A previous version misstated the transaction’s revised valuation, as it did not take into account the company’s fully diluted share count. The story has been updated with the correct figure, $1.6 billion.