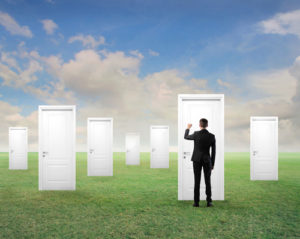 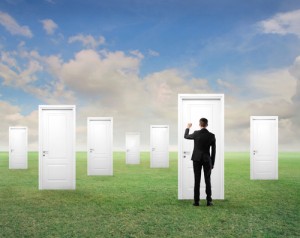 It’s clear that fewer seed-funded companies are receiving follow-on rounds right now. For nascent startups, it’s certainly cause for hand-wringing. But already venture-backed companies that are gaining traction should also be concerned about what this trend means for them — specifically, more investor visits.

“Investors tend to get the most involved at two different times,” notes Rick Marini, a serial entrepreneur and the founder of BranchOut, a startup that makes a job-related networking application. Those two times are “when a company is in trouble and they need to do everything they can to get it on track,” and “when a company is kicking butt and [investors]… want to spend time with the company to maximize their money.”

Marini thinks Kevin Efrusy of Accel Partners, which led BranchOut’s Series A, can help accelerate BranchOut’s already rapid growth. Because the networking service resides on Facebook’s platform, Marini “wanted a Facebook guy” as early on as possible. And given Efrusy’s experience with companies that have gone public – including Groupon, where Efrusy was once a director – Marini also believes that Efrusy can provide critical feedback around “when to bring in a sales force, when to start monetizing, and when it’s the right time to get your books in order.”

Venture capitalist Brad Feld of Foundry Group is also likely a big asset when it comes to scaling companies. In fact, he recently announced in a blog post that he’s paring down his travel schedule to focus on growing his firm’s existing portfolio investments. As he told me via email, not only is he hoping to help Foundry-backed companies avoid common pitfalls he has seen  — including maturing companies that wind up short on people with the “right experience, function, and culture” on their management teams – but he’s also planning to write about some of the “hundreds” of challenges involved with scaling.

Still, increased investor involvement can be a bad thing for entrepreneurs.

New York Times reporter Nick Bilton is writing a book that’s widely expected to reveal how, at one point, Twitter’s dysfunctional board nearly brought down the company.

Meanwhile, Josh Felser, an entrepreneur-turned-venture capitalist knows firsthand the mess that an intrusive VC can create, thanks to one investor who became overly involved when Felser’s first startup, the Internet radio company Spinner.com, began “clicking on all cyclinders” back in the late ’90s.

At the time, Spinner was testing a revenue model that hadn’t been tried before: inserting advertisements into music streams. But the Spinner investor, who had advertising experience, became “very impatient” with the experiment, recalls Felser. “He started to insert himself into [the management team’s] decision-making. He wanted to make the final decision on our VP of advertising.” When Felser resisted, the investor turned on Felser, going so far as to call a board vote to push Felser out of the company.

The rest of the board supported Felser, and Spinner sold to America Online nine months later for $320 million in stock. But it was “a terrible distraction that made us take our eyes off the ball and could have created doubt within my management team, which would have been devastating,” says Felser.

Indeed, when it comes to how involved an investor should be, sometimes less is more.

Consider Facebook. When in 2006, Yahoo approached CEO Mark Zuckerberg with a $1 billion acquisition offer, the board couldn’t believe their good fortune. As Facebook investor and board member Peter Thiel recounted at the recent South by Southwest conference, “Full disclosure, I think that both [Accel’s Jim] Breyer and myself thought that we should take the money and run.”

Lucky for them – and smartly, too — they listened instead to Zuckerberg.