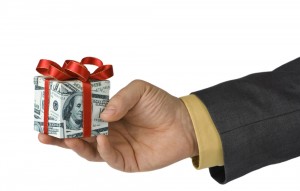 Atkins Nutritionals, a once-desperate turnaround story, has recovered enough of its financial health to support a $425 million recapitalization, sister magazine Buyouts reported. Thomson Reuters Loan Pricing Corp. reported that the $425 million bank loan would be used to refinance existing debt and pay a dividend to shareholders.

The Atkins transaction won North Castle the ‘Turnaround Deal of the Year’ award from Buyouts in April 2011. Ezra S. Field, a managing director at Roark Capital, said that the firm’s financial performance today is strong. “We’re bringing new customers into the brand and retaining existing customers.”

Moody’s assigned a ‘B2’ corporate family rating and a stable ratings outlook to the company formally known as Atkins Nutritionals Holdings II Inc. In Moody’s scoring system, a ‘B’ rating is speculative, for companies that are subject to high credit risk.

The rating reflects the company’s high leverage, with pro forma debt/EBITDA of about 6.5x for the fiscal year ended December 31, 2012, Moody’s said. Atkins has “significant distribution channel concentration, and small scale relative to its competitors,” the credit rating agency said, but the company has a growing market niche, strong brand recognition and good liquidity.

The current stability of the Atkins brand marks a reversal from 2007, when North Castle bought the company from its post-bankruptcy lenders. From a peak of $700 million in revenue and $200 million of EBITDA in 2003, when founder Robert Atkins died from head injuries following a fall on an icy New York sidewalk, Atkins had fallen to $110 million in trailing revenue and $14 million in EBITDA by the time North Castle bought the company. North Castle ultimately generated a 5x return on its invested capital, making the deal its best exit to date.

Field declined to discuss Roark Capital’s plans for the company, except to say that the firm has no current plans to exit the investment. The firm continues to see opportunities for the portfolio company, Field said. “The number of Americans who are materially overweight or obese and need to diet to lose weight is large and growing, no pun intended.”