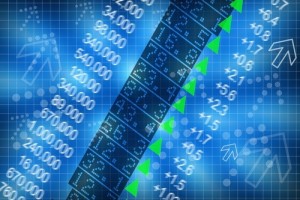 Initial bids were due about two weeks ago for Citi Fund Services. Management presentations will take place this week, sources said.

Private equity is expected to bid for the business, which produces EBITDA in the mid-$20 million range and could sell for 8x to 9x, peHUB has reported. Citi is advising on the sale.

Citi Fund Services provides fund administration, middle office, custody, investing and financing services. The Citi unit is a top 10 fund administrator and handled 4 percent of the hedge fund market as of January, Preqin said in a March report. Citco Fund Services is the leader with 13 percent, while SS&C GlobeOp has 11 percent.

Strategics that might be interested in Citi Fund Services include Citco, State Street, Northern Trust or a Japanese bank, one executive said. Middle-market LBO firms focused on turnaround or corporate divestitures — such as Golden Gate Capital, Gores Group, GTCR, Marlin Equity Partners and Platinum Equity — could also be involved.

In January, Citi said it was exiting certain non-core institutional businesses, such as its hedge fund administration unit. Other Citi groups to be jettisoned include prepaid cards, certain transfer agency operations and wealth management administration. Citi executives said on a January earnings call that “active processes” are underway to exit the businesses “in a timely and economically rational manner.”

Some sources wondred whether Citi Fund Services would do best with a sponsor owner. The Citi hedge fund administration unit is “not a standalone business and you need to do a lot of work building it up,” said one PE executive who passed on the deal. Citi’s hedge fund administration business is “quite reliant” on Citi, a banker said. “The question is what business remains once you disentangle the business?” the source asked.

Executives for Citi declined comment. Citco, State Street and Northern Trust could not be reached for comment.