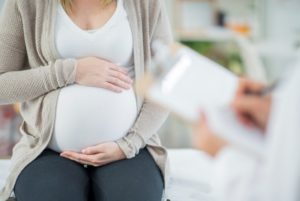 On the heels of two scale transactions in women’s healthcare late last year, Audax Private Equity’s Axia Women’s Health is prepping for a sale, according to people familiar with the matter.

A formal process is expected to launch early this year, with a sale to a sponsor seeking a platform in the space viewed as the most likely outcome. Moelis is said to have won the sell-side mandate, the sources said.

Axia’s EBITDA lies at around $40 million, sources said. Based upon precedent activity in women’s healthcare and healthcare services broadly, an upper teens EBITDA multiple is likely, they said.

The company has grown substantially since its formation by Boston-based Audax in March 2017, driven by both organic efforts and M&A. Axia on Friday announced the acquisition of Care First, an OB/GYN practice in Central New Jersey – marking its 16th acquisition under Audax.

During the PE firm’s nearly four-year-hold, Axia has expanded beyond its MidAtlantic presence in Pennsylvania and New Jersey, entering states such as Indiana, Ohio, and Kentucky through acquisitions.

With women’s healthcare considered a large and growing market, whoever buys Axia likely sees opportunity to add density within its existing markets, but also to enter new markets using the same hub-and-spoke approach that has proven successful so far, sources said.

The anticipated process comes as recent dealmaking in the industry has added fuel to sponsor interest in the specialty.

The deal was set to value Unified – one of the country’s largest providers of practice management services to OB/GYNs – between $1.5 billion and $1.6 billion, or close to 17x the asset’s approximately $90 million of EBITDA, PE Hub wrote.

Shortly after, BC Partners struck a deal to buy Lindsay Goldberg’s Women’s Care Enterprises in a deal valuing the company near $900 million, PE Hub wrote.

Broadly speaking, the industry is viewed as having multiple avenues for future growth.

Sources have characterized women’s health as a long-term play on both primary care and value-based care – both of which are thriving through the crisis, underscored by the performance of new age primary care businesses that have joined the public markets. At the same time, women’s healthcare remains a large and highly fragmented market where there are real benefits to scale.

Audax did not return PE Hub’s requests for comment, while Moelis declined to comment. Company executives could not immediately be reached.